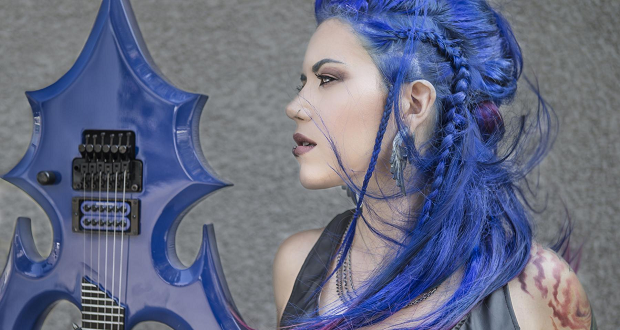 Swedish melodic death-metallers Arch Enemy have released a video for ‘Nemesis’ live at Wacken 2016, taken from their upcoming live DVD / Blu Ray ‘As The Stages Burn!’. Check out the video below:

The Gatefold 2LP+DVD is available in the following colours and limitations:

The DVD/Blu-ray also contains Behind The Scenes footage from Wacken, as well as excerpts from the “Tokyo Sacrifice” live DVD, all “War Eternal” music videos and a new, previously unreleased video clip for “Time Is Black” as bonus material! The Deluxe Box Set will come with an Artbook incl. CD, DVD and Blu-ray, pop-up art, lanyard and “As The Stages Burn!” laminate.

Arch Enemy will play Bloodstock Festival 2017 on August 13th alongside Megadeth and many more at Catton Park.