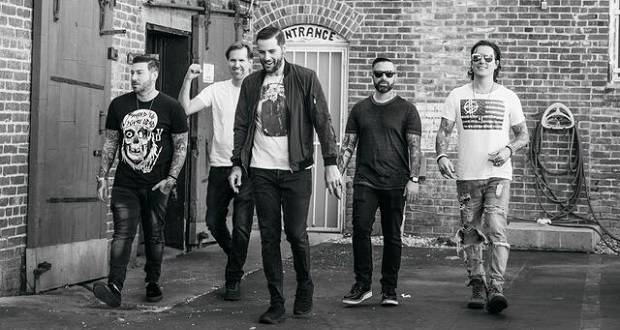 California hard-rockers Avenged Sevenfold have revealed their latest track, ‘Mad Hatter’, that will be featured in Call Of Duty: Black Ops 4

The track will also be featured on their EP, Black Reign, out today (Friday 21st).

Check out a trailer for Black Ops 4, featuring the track, below:

This is the fourth occasion Avenged Sevenfold has collaborated with developers Treyarch on a Call Of Duty game.

Frontman M Shadows had this to say about the track:

“Watching the initial trailers and looking at production sketches reminded me of the ‘S-Town’ podcast and its main protagonist, John B. McLemore, who was rumoured to have suffered from mercury poisoning, or Mad Hatter disease. The idea of Mad Hatter and what it does to the brain is as frightening as the images we were shown. So I decided that the lyrics would shadow McLemore’s life. The result is a thick-grooved song that’s dynamic and has a weightiness to it.”

Call of Duty: Black Ops 4 is published by Activision and developed by Treyarch with additional development support from Raven Software and PC development with Beenox. The title is scheduled for release on PlayStation 4, Xbox One and PC on October 12th.