Beth Hart Has War on her Mind Grammy nominated singer-songwriter Beth Hart releases her new studio album War In My Mind on 27th September via Provogue and, following her sold out performance at the Royal Albert Hall last year, will be bringing her band back to tour through the UK as of next February.

“More than any record I’ve ever made, I’m more open to being myself on these songs,” Hart said of War In My Mind. “I’ve come a long way with healing, and I’m comfortable with my darknesses, weirdnesses and things that I’m ashamed of – as well as all the things that make me feel good.”

War In My Mind also wraps up a frustrating strand of unfinished business for Beth. Back in 2003, producer Rob Cavallo (Green Day, My Chemical Romance, Dave Matthews Band, Goo Goo Dolls) was in the frame to mix the singer’s Leave The Light On album he ultimately passed. Fast-forward 15 years, and at a chance dinner party attended by Cavallo fate intervened. The host encouraged Hart to play one of her new songs. “After I’d played them, Rob came up and said, ‘You’ve grown a lot as a songwriter – and I want to record these songs with you’. And he turned out to be one of the coolest people that I’ve ever worked with.”

“It was just neat to be 47 and not trying to be young, and competitive, and all of these things that I’ve always felt like I’m supposed to be. On this record, something told me, just let it be what it is, man. I think I’m starting to make a little headway, getting closer to the truth. And I might not know what the truth is… but I’m OK with that.”

Ahead of the game RAMzine readers get the opportunity to catch the lyric video to title track ‘War In My Mind’ right here, right now.

Following the album’s release in September, in February 2000 Beth Hart steps on stage in Dublin travels through to Belfast, and then enters Great Britain for the rest of the month, returning almost a year from now on Sunday 21st July to headline the Blues Stage at the Ramblin’ Man Fair. 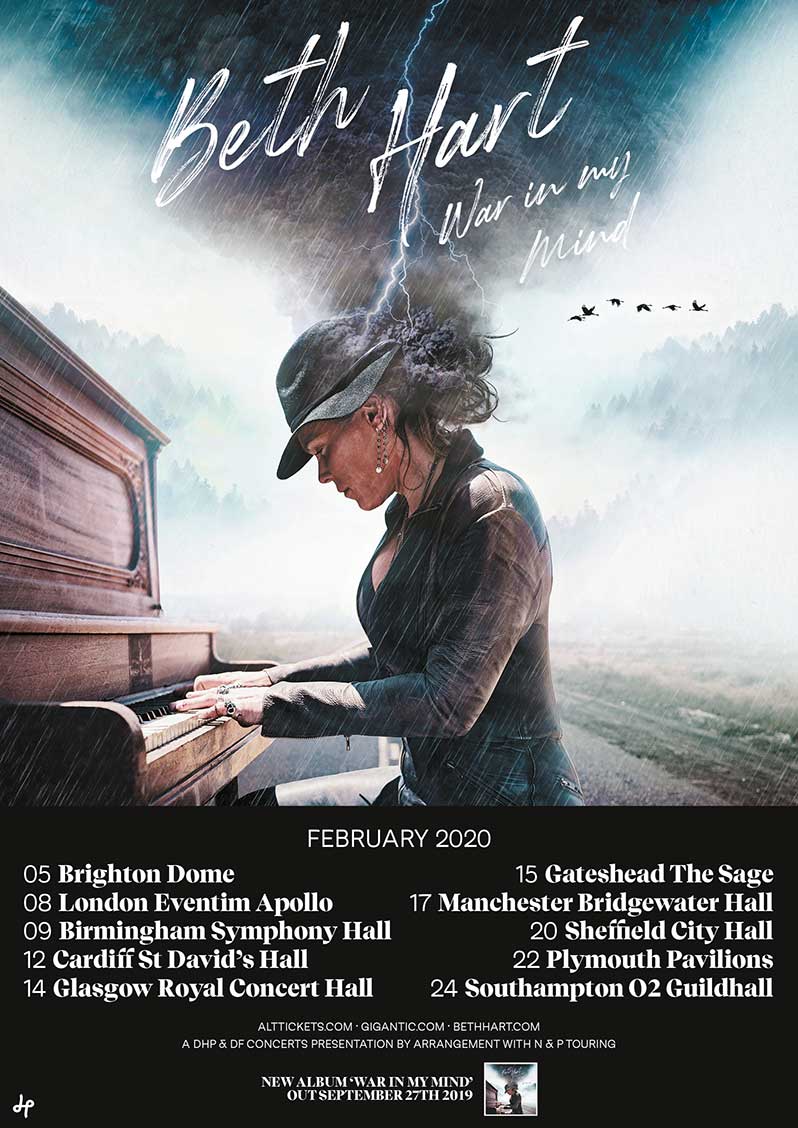