Bonfire release their new lyric video for ‘Crazy For You’ 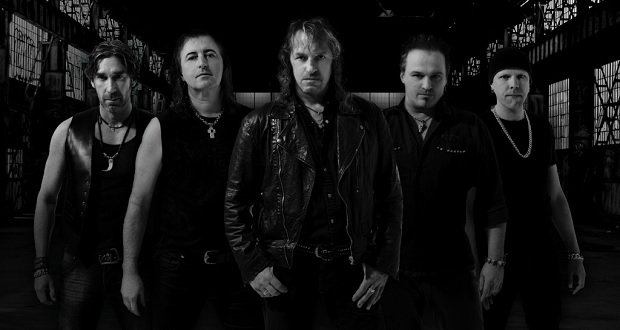 Few German rock acts can look back at as long and successful a career as Bonfire, and new album ‘Temple Of Lies’ which is due out on 13th April via AFM Records is set to carry on this tradition.

They have released their brand new lyric video for ‘Crazy For You’, which is the first track taken from the new album.

Click on the link to check out the video here:

During the most successful phase of their career. All are present on their current release Temple Of Lies. Thanks to their new vocalist Alexx Stahl, who joined the fold two years ago, and a first-rate line-up on all instruments, the band’s creativity explodes on Temple Of Lies and is bound to wow a younger generation of rock music fans, too.

“We were extremely lucky to find Alexx,” offers guitarist Hans Ziller in explanation of the group’s current creative and musical high. “He’s a team player who looks after his voice in a totally professional way and treats it like the important tool that it is. He doesn’t smoke and prepares optimally for every show. In addition, Alexx is a really nice guy. Being at the helm of the band, I couldn’t be happier to have him in the band.” Ziller continues: “With this line-up, we’ll be able to increase the hardness level of our material whenever we feel like it. Numbers such as ‘Temple Of Lies’ and ‘Stand Or Fall’ wouldn’t have been possible with previous line-ups.”

So the fun factor is back in the Bonfire camp, manifesting itself also in the 20-minute bonus track ‘Friedensreich II. – The Return Of The Zünsler Into The T.O.L.’, a humorous sound collage which frequently brings to mind Frank Zappa. The programmatic album title and expressive cover artwork prove that Ziller & Co also live up to their responsibility as socially aware musicians.