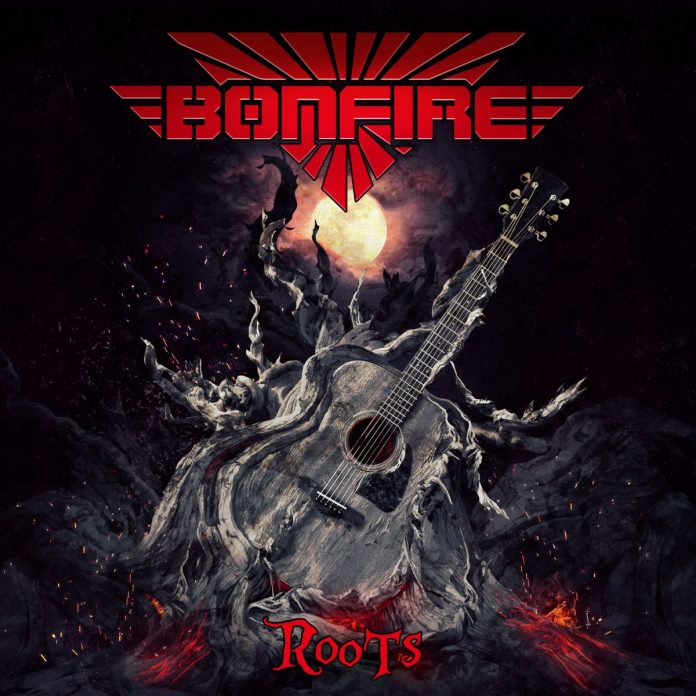 Originally written in 2008, for the The Räuber, a rock opera featuring participation by the Theater Ingolstadt and the band. Released as the band’s 11th album it sold out within several weeks and a DVD featuring the full operatic concert followed. The theatrical event took in three seasons, 55 sold-out shows and was seen by 50 thousand spectators. The new duet version features a new arrangement.

You can check out the video for ‘Love Don’t Lie’ right here at Ramzine as you can the just released ‘American Nights’.

As with most bands, the rock business has been precarious to say the least this last year. Back in 2017, Bonfire brought in Alexx Stahl as vocalist for the Byte The Bullet and that sowed the seeds for the following year’s celebrated Temple Of Lies album, touring heavily in support of it and setting the bar high for 2020’s Fistful Of Fire.

As fate would have it, the worldwide Covid-19 pandemic resulted in music stores being closed shortly after the release and the intended promotional tour having to be cancelled. The end result being that Bonfire has yet to play a single show featuring songs from Fistful Of Fire.

However,  the Ingolstadt based band prevailed. New plans arose for an upcoming project. And last summer the band  entered Flatliners Recording Studios to start recording the new long player Roots.

From recent ballads like ‘When An Old Man Cries’ to old evergreens like ‘You Make Me Feel’, it contains old rock hits like ‘Ready 4 Reaction’ and ‘American Nights’ but also rousing rock hymns like ‘The Devil Made Me Do It’, so every Bonfire fan should find something they like. On top of that, it features five brand new songs that have been created while a crowdfunding campaign as remittance works for fans.

Bonfire initiated a StartNext campaign to put some money into their empty band accounts. Besides various merchandise items, living room concerts, VIP Tickets for their streaming release show and special rarities like original master tapes or guitar amps have also been offered. To take advantage of this campaign and help support the band direct click here.

Roots will be available as a limited edition coloured two vinyl-album set, a 2 CD jewel set and digitally. Copies can be purchased by clicking here.