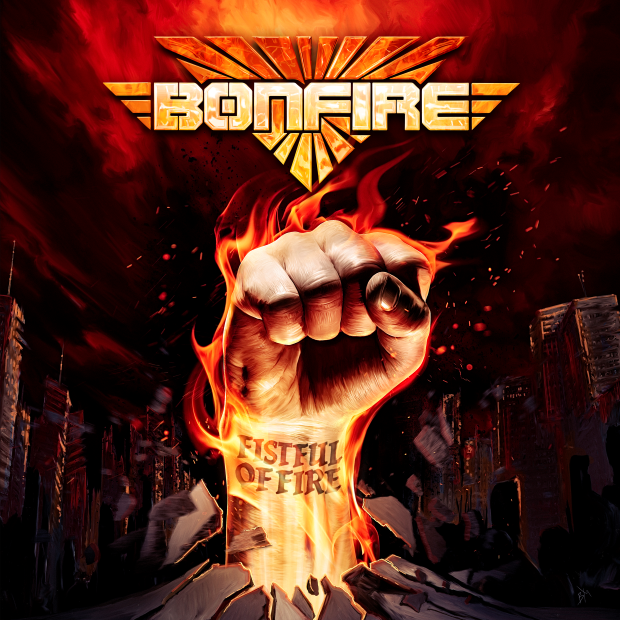 Two years since Temple Of Lies, Germanic rock band Bonfire release their new album Fistful Of Fire on 3rd April, through AFM Records, and it’s one of their toughest ever.

“This development already became apparent the last time around,” explained guitarist and founder member Hans Ziller. “However, this time our approach was even more focused and consistent. I’ve always been the tough guy in Bonfire but haven’t always been able to implement my ideas the way I wanted. But since our tour with Judas Priest, we’ve known that toughness in combination with great melodies suits Bonfire perfectly.”

“This team delivers without mercy and has turned into a really tight unit,” Ziller enthused, adding, “Unlike previous Bonfire vocalists, Alexx oozes so much energy that you may occasionally have to hold him back rather than motivate him. We’ve been a hard rock band from the very beginning, but that has never been more apparent than in 2020.”

‘Rock ‘n’ Roll Survivors’ was released as the first single from the album. “I’ve been kicked in the teeth a thousand times during my career and I often went down,” confessed Ziller, explaining what the song’s about, adding “But I’ve always picked myself up again.”

This allegory has translated into a video for the single featuring two female boxers: multiple world champion Tina Schüßler and her colleague Stephanie Posch were the focus of the shoot is at a boxing club in Augsburg.

Indeed Schüßler is not only an exceptional athlete, but also an accomplished rock singer and together with her band, she will support Bonfire during their European tour in April.

The just released second single ‘The Devil Made Me Do It’, again acts as taster for the release of Fistful Of Fire – The album track itself warning about the reckless abuse of a world which seems to have been turned upside down in ecological terms.

You can also see the video for that single here at RAMzine.

“We simply mustn’t leave a planet to our children that’s no longer worth living on.” Ziller remarked, adding: “Long-standing bands like Bonfire may be considered an endangered species, but we’ve still got a lot to say, musically as well as in terms of content.”

UK fans can catch Bonfire when they play the HRH AOR Festival in Great Yarmouth on 13th March. 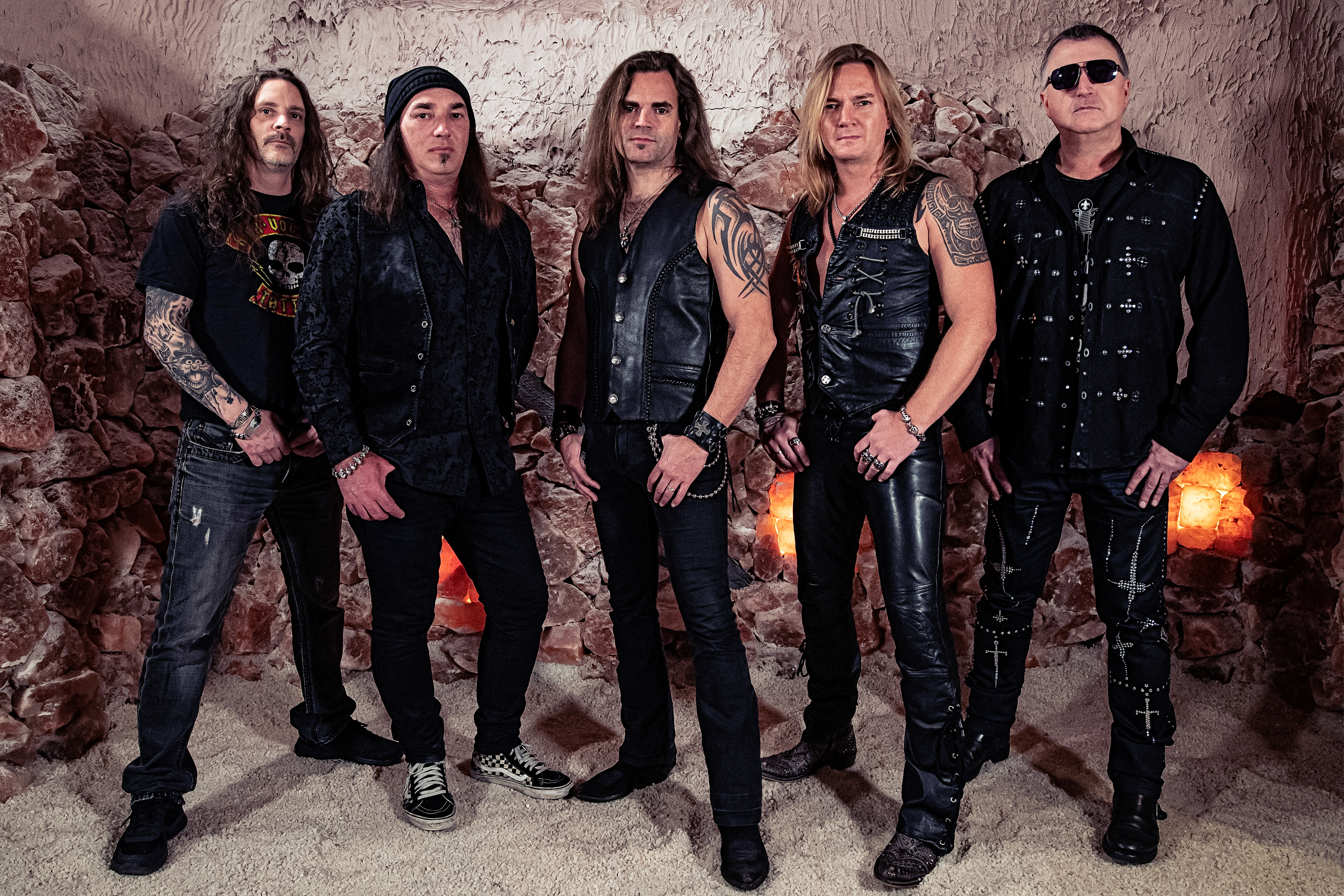