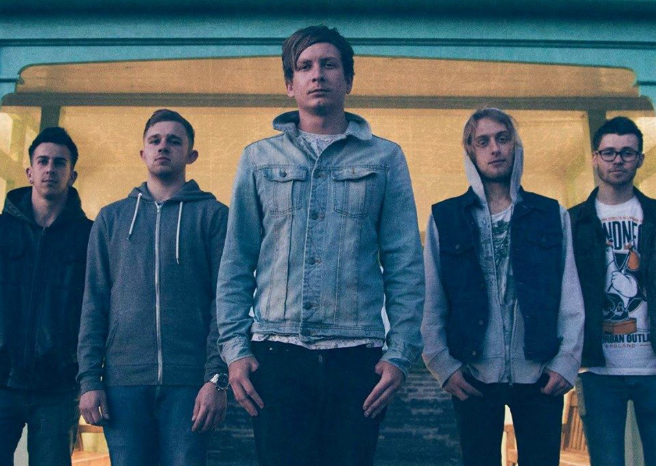 New pop-rock dudes Cardinal Bay have debuted their first release ‘Hold Tight’. The band told us “As a band, we’ve been together for around a year or so now. We have a running joke in this band that we’re a local supergroup, since we’ve all been in bands from the Bridgwater scene before Cardinal Bay.”

‘Hold Tight’ was filmed just last weekend at Weston Zoyland in Somerset. The video was filmed and edited by longtime band photographer Marianne Harris! Check out more of her stuff over at www.marianneharris.co.uk.

Cardinal Bay tell us: “We’re all extremely happy about the way the track turned out. It has a bit of something in there for everybody. We have grown up in different musical scenes, listening to different genre’s and this comes through we hope. All of this sandwiches together just right, and creates a blend of Radio Rock with a pinch of anger.”

“I think releasing this has fueled our appetite massively, and we are working on songs as we speak to complete Our EP (as yet un-named) that we’ll most likely be dropping towards the end of 2014. Our live set is virtually complete now also. So make sure you check out our facebook to keep yourself updated!”

We look forward to hearing more from Cardinal Bay later on this year! Keep up to date with Cardinal Bay on Facebook: www.facebook.com/CardinalBay