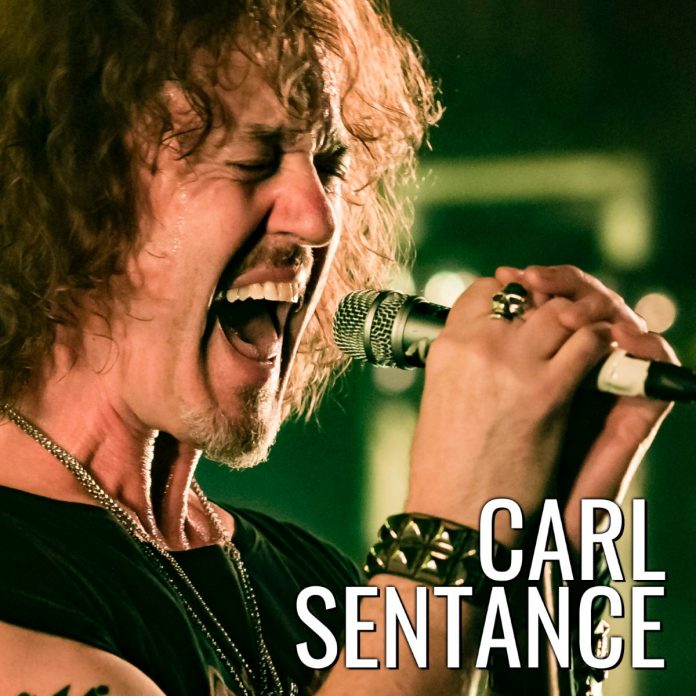 Current lead singer with the legendary Nazareth, well-travelled singer Carl Sentance has played with a number of rock bands, and famous musicians in his time, alongside performing in hit musicals.

Sentance apparently doesn’t do things by halves. Each song on Electric Eye is set to go immediately into the ear. Every song is intended to invite the listener to head-bang and sing along.

“Punchy, catchy and powerful” are terms that have been applied to songs each with a distinct character of their own.

You can watch the single for ‘Alright’ here at RAMzine and listen/buy it here.

Born in Loughborough Leicestershire in June 1961, Sentance started his first band Leading Star both singing and playing guitar in 1977. After participating in several local bands, he replaced John Deverill as vocalist in the Welsh New Wave of Heavy metal band Persian Risk, and in 1981 he recorded his first single ‘Calling For You’, the band following it with ‘Ridin High’ in 1983.

The following year saw Persian Risk on tour with Motorhead throughout the UK and putting in an appearance on Channel 4’s prime time music show, The Tube. Then, following the Rise Up album in 1985, he spent three years in Black Sabbath co-founder Geezer Butler’s solo band, before joining two Welsh bands in Monroe and Tok-i0 Rose. The Welsh connection continued albeit across the Atlantic in Florida, joining former Lone Star, UFO and Waysted guitarist Paul Chapman in Ghost.

Five years later Sentence was back in the UK, playing such roles as Judas in in Jesus Christ Super Star, and The American in Chess. Then, 2002, he headed across the continent to take over as the lead singer in Swiss hard rock band Krokus, recorded the Round 13 album.

This was followed by the two year-strong all-star Whole Lotta Metal Theatre Tour before signing on for Don Airey & Friends, co-writing with the Deep Purple keyboard player to this day, as well as performing on his albums.

2009 saw the release of Mind Doctor, the singer’s first solo album and what became a brand-new Persian Risk line-up, releasing the albums Once A King in 2012 and Who Am I in 2014.

In 2015 founding member Dan McCafferty had to retire due to illness from legendary Scottish rock band Nazareth, and Carl Sentence became the band’s frontman, recording the album Tattooed On My Brain, and subsequently touring the world with then to this day.

You can pre-order his new solo album Electric Eye here.