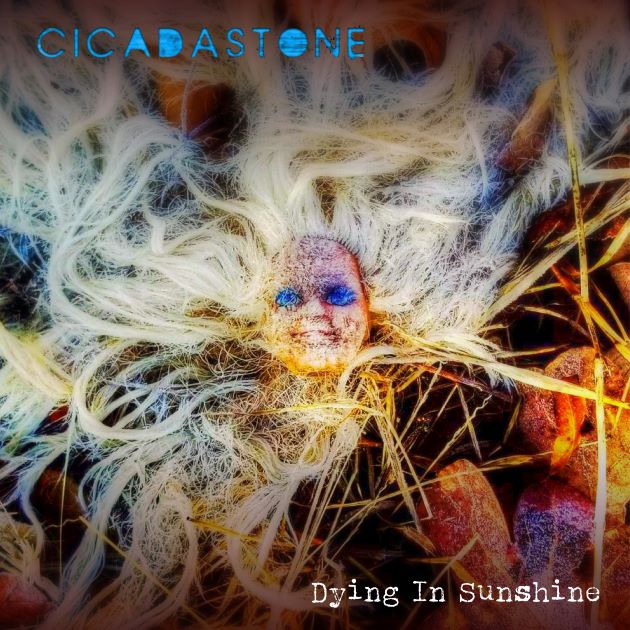 ‘Dying in Sunshine’ is available across digital platforms, and been described by frontman, Mat Robins, as “A song about false standards and the pressure that modern society depicts”, particularly when it comes to social media. It’s pain from within disguised to look fine, just to be socially accepted.  ‘Dying in Sunshine’ is all around us, just take a closer look.”

Offering old school 90s influences and a slick modern edge, Cicadastone ‘s new album is currently slated for release in late 2020 due to the coronavirus pandemic crisis. Despite which, they still concocted an video for their new single while in lockdown.

“It was hard to tell the story I wanted to as we couldn’t go anywhere, so I chose to leave it open to interpretation,” said the band’s singer. “The message is in the lyrics anyway.  It was a challenging, but fun, video to make. It’s amazing what you can do with a light rope, some home ornaments and a little creativity, though!”

The small clock that features in the video can actually be heard on the opening and closing tracks of the yet to be released full album, Cold Chamber.

you can stream/buy ‘Dying In Sunshine’ here.

You can check out the video right here at RAMzine.