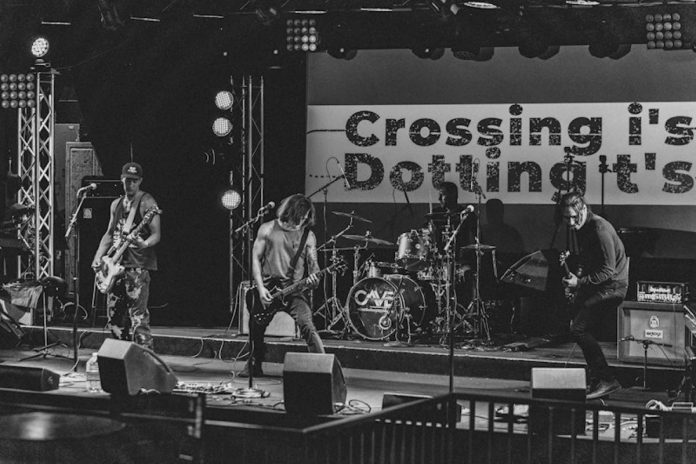 Off the back of their CBS performance alongside The Red Jumpsuit Apparatus and Enter Shikari, self-proclaimed emo-gressive punk rockers Crossing I’s Dotting T’s release their brutally moody new single ‘All Feelings Aside’.

Soft verse vocals echo a sentiment of insecurity and not belonging, turning into a blasting vocal chorus on the grunge-styled alt rock song, alongside screams of desperation for not wanting to do the same old things as everyone else.

It’s available through Riot Records here and you can also the catch the accompanying video here at RAMzine.

The band’s self-titled EP was recently released, and features some previously released singles, that are still available on all digital platforms, and feature videos also featured here at RAMzine.

The 4-track EP was produced by Alex Estrada and mastered by Jack Shirley, wherein he captured Crossing I’s Dotting T’s morphing of different rock genres such as alternative, punk and emo to release hard-hitting yet catchy songs, intended to evoke emotion.

‘Regret Stained Memories’ is a raw, emo-punk track about not wanting to grow old and look back on life with regret, like a lot of people do. It is the follow up to recent single ‘Dissatisfied’ that ‘Dissatisfied’ is about being overwhelmed with life and relationships of all kinds, as well as the inevitability of death while feeling like there is always pressure to live up to something.

The band was started by Mucerino in his bedroom and car in Orange County, where he began writing songs, then teamed with Alex Estrada of Pale Moon Audio (known for his work with Joyce Manor, Touché, Amoré and Nails, as well as being the front man of Silver Snakes). Estrada helped produce and engineer Crossing I’s Dotting T’s debut four track EP, that will be released in August through Riot Records.