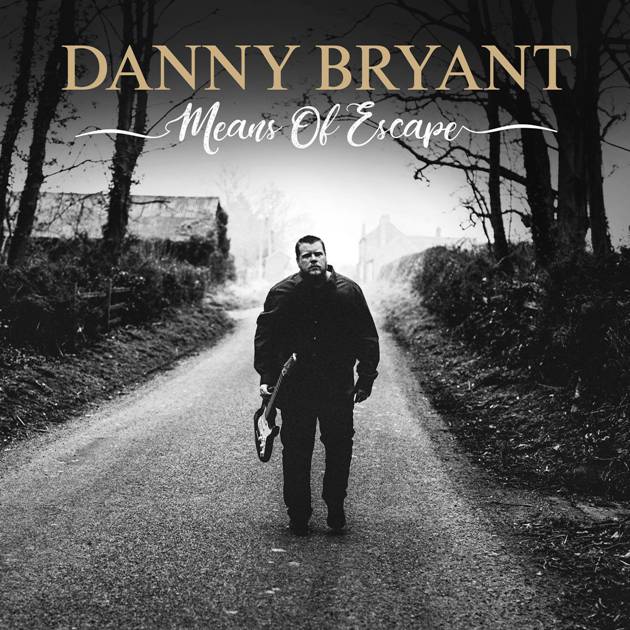 British blues rock guitarist Danny Bryant marks his debut as a producer with the releases his own 11th studio album, Means of Escape, on Friday 20th September through Jazzhaus Records. Prior to that the title track will be released as a single on will be Friday 5th July.

Featuring nine blues rock numbers that are said to “powerful, contemporary and bold”, Bryant himself has described Means of Escape as an album that he’s been “waiting his whole career to create” and to achieve this he assembled a collection of world class personnel.

These involved Grammy award-winning engineer Ian Dowling (Adele, KT Tunstall) to records the album’s nine tracks at Lincolnshire’s famed Chapel Studios, Eddie Spear (Rival Sons, U2, Chris Stapleton) who mixed it over in Nashville, then back to London’s world-famous Abbey Road Studios for it to mastered by another Grammy award-winner in Sean Magee (Gary Moore, The Rolling Stones).

This album was a joy to make from start to finish,” he said. “I can honestly say I’m proud of this piece of work more than anything I have done in my 20 year career. Music is my release in the world, it’s my way of surviving; it’s my means of escape.”

As to why he himself took on the producer’s role Bryant noted: “I had a selection of songs that I felt would benefit from being cut live in the studio, with myself and the band all playing together, feeding off the energy in the room, and capturing the magic of a live performance.”

Means of Escape will be available on CD, digitally and on 180 white vinyl. Various bundles can be pre-ordered by going here. On doing so the single will be received as an instantly available gratis track on iTune, Amazon and Spotify. In the meantime you can watch the official video for it right here at RAMzine.

Danny Bryant will go on tour in support over the record with tickets available now.