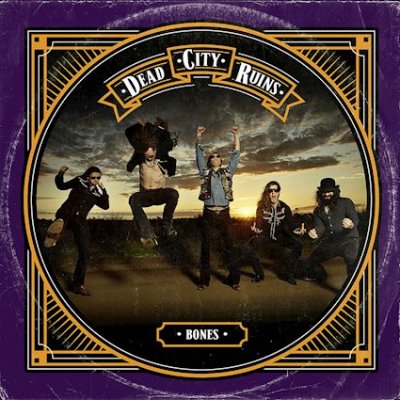 Dead City Ruins have released a video for their new single ‘Bones’. It is taken from their forthcoming new album, Never Say Die, due for release on 13th April through AFM Records.

Dead City Ruins feature Jake Wiffen on vocals, Tommy Cain and Sean Blanchard on guitars, Matthew Berg on bass and Nick Trajanovski at the drums. The nucleus of the current line-up came together in 2009, and only two years later they toured Europe twice, promoting their debut album, Midnight Killer.

With their second offering, Dead City Ruins, released in 2013, the band returned to Europe for 40 shows with Skid Row and Ugly Kid Joe. This worked out so well that Dead City Ruins were invited to join the Australian leg of the same tour in 2014.

“They’re just these young, broke kids who don’t give a fuck about anything except playing music in front of people” Dave ‘Snake’ Sabo of Skid Row said: “I love what they do, and it inspires me on a daily basis. That’s the spirit of rock ’n’ roll.”

Watch the ‘Bones’ video, and you’ll feel both the band’s anger and excitement; playing rock ’n’ roll as if their lives depended on it. And in a sense, it does, as singer Wiffen explains: “In 2015 we sold everything we had; every single possession, bought flights to Europe and toured there for 10 months straight. That was hard, but awesome.

“Back in Australia, we spent all the money we made on this album. We really rolled the dice on this one. We wanted a great producer who knows what he’s doing and knows the industry of today, not from the eighties. His job was to help us make these songs as great as they can possibly be; whatever the cost.”

The man chosen for the job was England’s James Lewis, who had previously worked with The Arctic Monkeys and Sunset Sons and recorded Never Say Die with them in Melbourne.

“We want to take this thing to the next level, and we will,” Wiffen claims. “We have a new label, a new booking agent and new management. Everything is in place, and we’re ready, although its taken us two hard years to make that happen. Our goal is to go from a pub band that is fantastic live, to a stadium band that is unstoppable.”

To achieve this lofty ideal, Dead City Ruins accept they’ll have to continue to go beyond their home continent. “There are some great bands in Australia,” says Wiffen, “But you never hear about them because there’s no industry or scene for rock ’n’ roll and heavy metal, as there is in Europe.

“Over there, you can drive six hours through three different countries and hit 10 cities. In Australia, it takes 10 hours to go from Melbourne to Sydney and another 11 to Brisbane. To get to Perth, you have to fly – And there’s nowhere to play in between! We’ve achieved a lot in Australia, but that’s not enough for us, so we’re travelling to the other end of the world to kick some serious ass.”

The question being, what if it all goes wrong?  The singer laughs. “It always goes wrong! We just pick up the dice and roll them again. We won’t be stopped.” That’s commitment, and if the rest of Never Say Die is as good as ‘Bones’ rock fans should respond accordingly. Dead City Ruins’ ‘Bones’ single is available by clicking here, you can pre-order Never Say Die by clicking here and you can also check the band out at Spotify. 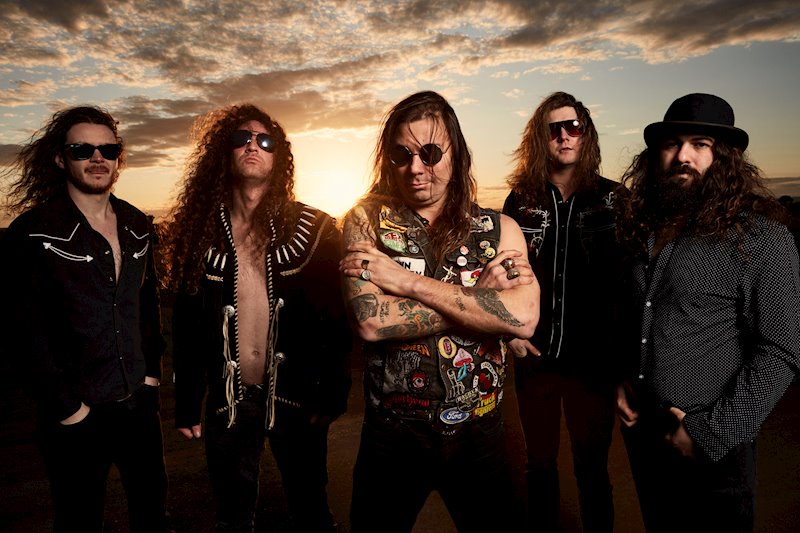