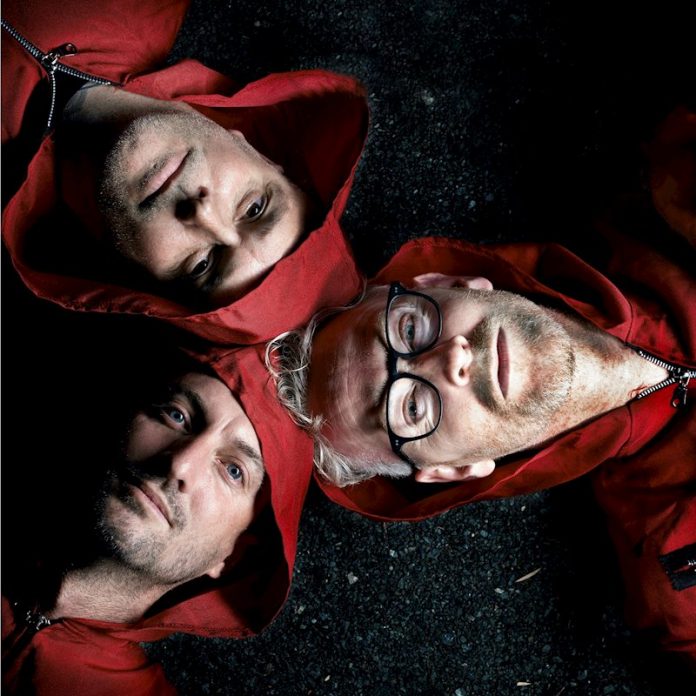 Brisbane, Australia’s Dead Dirty Dinosaurs  release Too Many Questions: The Abbey Road Masters (Remastered) their new EP on 12th March, and it will be available on all digital platforms.

Ahead of that, they release their new single ‘Holding Back‘, the band’s fourth release through punk label Riot Records. You can catch the video for the single right here at RAMzine.

“Everyone’s got something holding them back, and when I was writing the lyrics to this, I was thinking a lot about the balance that we’re always struggling with, of when to go all in and when to hold back, and what some people will do to tip you over the edge,” said Dead Dirty Dinosaurs’ vocalist Julian.

Dead Dirty Dinosaurs tackle today’s endless stream of daily calamities and staying positive through it all by playing songs about love, life, dubiously deadly careers and a sly look at our wild surroundings all throbbing with that night out energy that we’re all craving right now.

These three Brisbane-based Jurassic music lovers somehow met in some snowy section of Europe, and thereafter decided to become cantankerous troubadours pouring blood, sweat and tears into their music.

If a love of 90s alt rock, punk, post punk and post rock is your thing then Dead Dirty Dinosaurs are for you.

Debut single, ‘Monica’, was named after the character Monica Gaztambides in the hit international TV series Money Heist – An inspiration of strength and kindness… The song also throws in some dirty guitars, some massive drum rattling and a lot of screaming about nightmares, and is still available here.

It was followed by ‘Revenge’. Hidden beneath all the pent-up emotion and dirty, dirty guitars, we’re told, is a real understanding that putting that mess behind you and letting it all go is going to do you a real solid in the long run.

Previous single, ‘Bad Timing’, was about saying life is never simple and relationships can take us all to the depths of confusion, on all sorts of levels. The song takes a sneak peak at a few moments in time for two people who have no clue what they want or how to get it.

You can stream/buy ‘Holding Back‘ here.

You can pre-order/save Too Many Questions (The Abbey Road Masters) here.