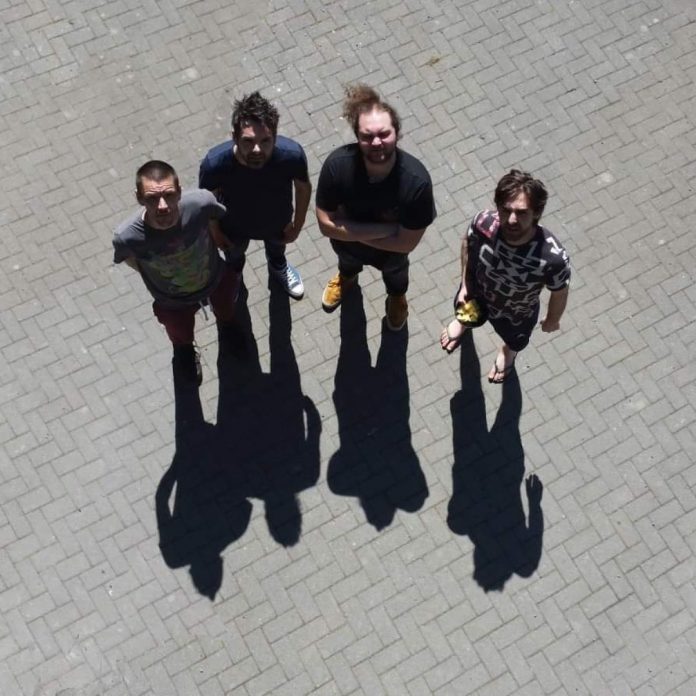 Kildare, Ireland four-piece rock band Dürtbürd has a new single out in ‘Puddin’‘, described as “bombastic powerhouse experimental anthemic rock with moments of prog peppered here and there”.

With influences ranging from Tool to Faith No More, to QOTSA, Mr Bungle and early Incubus, Incubus, Dürtbürd’s eclectic approach to writing and arranging their music makes for unpredictable and compelling listening.

Their new single ‘Puddin’ is the first of three singles that are part of a full-length album, titled The Dürtbürd Children’s Book of Cautionary Tales For Adults, that is due for Independent release in early 2023.

Speaking about the new single and the concept of the band, bassist, Johno Leader explained:

“Dürtbürd and our characters were born out of the kind of monumental hilarious shit-talking that happens at the end of a long drinking session. We’re talking greasy, grimy, small-town characters in dark tales, reflecting the state we had gotten ourselves into on that night, from socially awkward murderers (‘Shake Shake Fail’), to a woman with a sexual proclivity for priests (‘Priestiality’) and there’s even a song about the fictional bar that they all poison with their presence (‘Mongan’s Discotheque’).

He continued: “’Puddin’ is about one such character who, under duress from his unsatisfied lady-friend and in an effort to “do sex good”’ turns to the least helpful of internet materials for instruction. Injury and humiliation ensue.”

Accomplished musicians and with their own DIY studio set up, the band intends to explore sonic boundaries and push expectations to higher levels of creativity. As well as recording and producing their own music, the band (also featuring guitarist David McDonald, drummer Phil Donnery and vocalist Jimmy Deface) has created a series of animated characters that are all part of a bigger concept lined to the forthcoming album.

You can check out the video for ‘Puddin’ here at RAMzine.