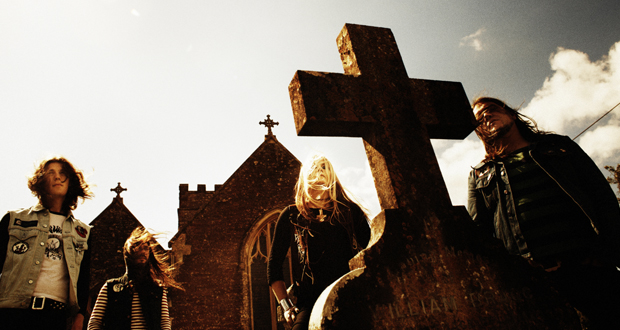 It has been a great year for Electric Wizard, having released ‘Tim to Die’, the bands eighth studio album! The album propelled into the world via Spinefarm Records, achieving their highest ever chart position.

Electric Wizard have now announced a headline London show for 2015, taking place at the Roundhouse in Camden on May 15th. Tickets for the Roundhouse go on general sale at 10am on Friday December 11thvia www.roundhouse.org.uk / www.kililive.com. Details of the full bill will be revealed in due course.

In addition to this, Electric Wizard will appear at the CTM 2015 – Un Tune ‘Festival For Adventurous Music & Art’, due to take place in various venues across Berlin from January 23rd to February 1st.

As detailed on the official festival site, “CTM 2015 – Un Tune aims to engage with the direct bodily effects of frequencies, sound and music, as well as these phenomena’s synergistic effects with other sensory stimuli. Artistic experimentation with the affective and somatic potential of sounds and frequencies opens up possibilities of tuning and de-tuning the composite that interconnects body, matter, energy and (musical) machines – and of exploring our perception”

Clearly, the ideal event for Electric Wizard, whose ‘frequencies’ and ominous vibrations, especially those at the lower end, have been known to re-arrange internal organs.

Tickets and further information can be found at the following link: http://www.ctm-festival.de/festival-2015/ctm-2015-un-tune/