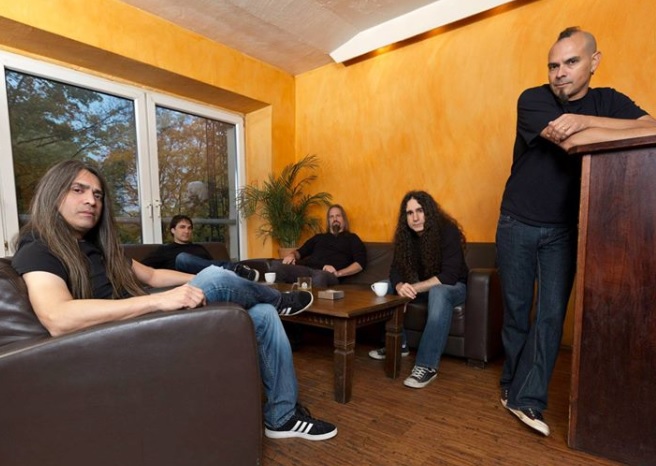 Progressive metallers Fates Warning have revealed the tracklisting as well as a brand new song from their upcoming new album, Darkness In A Different Light.

Firefly is our first taste of the new album; the band’s first new record in over a decade. Lead vocalist Ray Alder gave a few words on what the song meant to him:

“‘Firefly’ is very personal to me in more ways than one…. After I had written the melody for this song, I knew immediately what the title was going to be, as well as the subject, it just fit the mood. As for the subject, I’m pretty sure we’ve all felt this way at one time or another. Sometimes things just don’t work out the way you think they would, but that’s okay, that’s part of life…We move on. Ironically, while recording ‘Firefly’ in New Hampshire I was outside the studio late one night, and there they were, floating through the trees in the forest! I hadn’t seen a single firefly for at least fifteen year since I had left my hometown of San Antonio TX, so I kinda took it as a sign, a sign of what, I don’t know… But very ironic nonetheless…”

Check out the new track below!

The boys have also revealed the tracklisting for Darkness In A Different Light. Check it out below!

Darknesss In A Different Light will be released September 30th via InsideOutMusic.