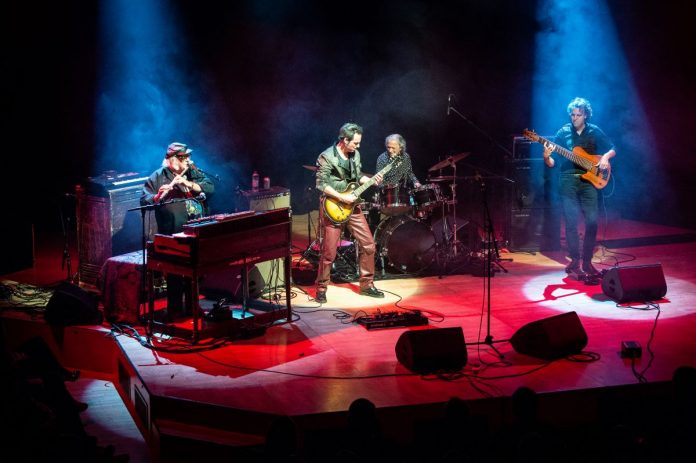 Dutch progressive rock band Focus, who were first established in 1969, and scored international success during the seventies, has seen a resurgence in popularity in recent years, a rejuvenated passion amongst the band.   Much of that will be reflected in 2022 with extensive touring of the UK throughout much of the year.

The band, consisting of Thijs van Leer (Hammond organ, flute and vocals), Pierre van der Linden (drums), Menno Gootjes (guitar), and Udo Pannekeet (bass), is said to delighted to get back to their fans and return to the stage to play the music they love, following the coronavirus pandemic.

In 2019 Focus released their first studio album in six years: Focus 11, that came complete with brand new Roger Dean artwork. The year was then spent touring from South America to Japan and everywhere in between in support of the new album.

Finally, 2022 means a return to touring in a real way, and the band is said to be delighted to be performing again. The classics such as ‘Hocus Pocus’ (featured in global advert campaigns for the likes of Nike, Top Gear and feature films such as Baby Driver over the years), ‘Sylvia’, and ’House Of The King’ will, of course, be on the bill, among many others.

Date have been confirmed below so far for 2022, and we are informed even more are to be added. Tickets can be purchased here.

May: 3rdat Chislehurst Beaverwood and 4th at Dover The Booking Hall.

November: 9th at Leeds Brudenell Centre, 10th at Glasgow The Ferry, 11th at Gateshead The Sage, 12th and 13th at Kinross The Green Hotel, 21st at Ely Maltings, 23rd at Southampton 1865, 24th at Wolverhampton Robin 2 and 26th at Lewes Conservative Club.