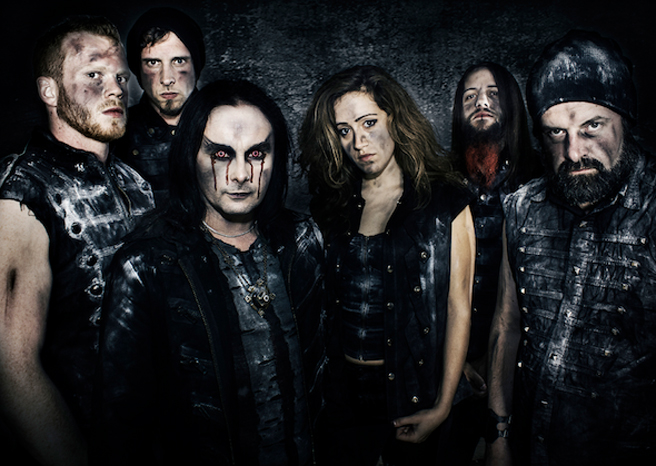 The Nuclear Blast family got a little bigger recently with the announcement that they have just signed DEVILMENT, the East Anglian frightfest who just happen to be fronted by the irrepressible Dani Filth (Cradle Of Filth, Temple Of The Black Moon). And if that wasn’t enough, we have even more exciting news to share with you all – the band plan to release their first full length album ‘The Great And Secret Show’ this autumn. Hell yes!

Dani Filth had this to say about the signing, “I am thrilled to be a part of the Nuclear Blast family with my other band, the Witch County fiends DEVILMENT. Our debut album ‘The Great And Secret Show’ is a horror-metal fuelled slay ride of maleficent proportions and deserves some deep infernal love from a label that has dominated the metal market for aeons.

And we have found that unconditional love at Nuclear Blast.

All of us in the band are really looking forward to the forthcoming months, as the proverbial war machine kicks into gear and the album surfaces like some sub-aquatic monster hellbent on smashing stuff.

Until then keep a cyclopean eye out for regular social media updates, videos and the announcement of live shows to further whet your appetite…”

Debut record ‘The Great And Secret Show’ was recorded at Grindstone Studios in Suffolk with revered producer Scott Atkins, who has previously worked with mega artists including Cradle of Filth, Behemoth, Amon Amarth, Sylosis and Gama Bomb to name but a few. The phantastically (geddit?!) eerie artwork was created by the legendary Drake Mefestta and Filth had this to say on the topic:

“The album cover depicts an intended escape by one of Jack The Ripper’s victims, (followed as she is down a moonlit Victorian alley) into another enchanted realm.

Some might read it as an imagined release from the horrible pain to follow, but the artist Drake Mefestta and I thought it served to show the lure of the mystical, amid a sea of debauch.

The artwork that follows in the booklet is a stunning articulate walk-through of that enchanted realm. The album is entitled ‘The Great And Secret Show’ and concerns itself with the occult pulse behind the world, a land of imagination that can be slipped into at will. Like a generator buzzing behind everything. The truth behind the Wizards curtain. A phantasmagorical nightscape. A wonderland. A midnight playground. The fertile land of the dead.”

The band’s first (and awesome) single ‘Mother Kali’ can be heard here:

And if that wasn’t enough excitement for you all, DEVILMENT will also be touring the UK for the first time later this year and have announced a string of live dates with Lacuna Coil and Motionless In White. Dani Filth also makes a guest appearance on the latest Motionless In White single ‘Puppets 3 (The Grand Finale)’ which can be heard here:

Dying to check the tour out? Well, here are all the dates you will need:

Tickets are available now. Brace yourselves – for the darkness comes to a town near you this Autumn. You have been warned.

Check out Dani, Daniel and Lauren talking about the origin of the band’s name, the musical direction and how it differs from CRADLE OF FILTH: