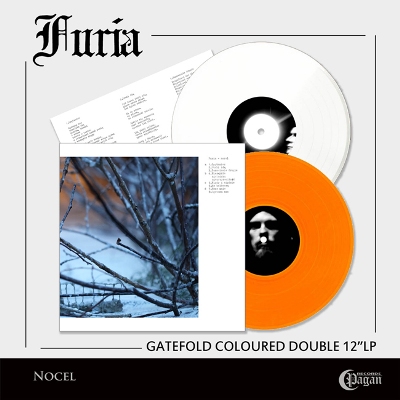 Nekrofolk act Furia are refreshing their discography with brand new vinyl reissues of their releases through Pagan Records.

Established in Katowice, Poland in 2003, Furia have been described as the godfathers of nekrofolk, being the most popular and prolific creation of the Let the World Burn collective. They introduced elements of folk along with abstract poetic themes into the black metal scene, and influenced by the dark beauty of their home province of Silesia.

Furia’s most recent reissues have been released in two limited colour editions with special vinyl mastering and alternative artwork.  These are the band’s mini-album Płoń (2009), receiving vinyl treatment for the first time ever, and their third album Marzannie, Królowej Polski (2012).