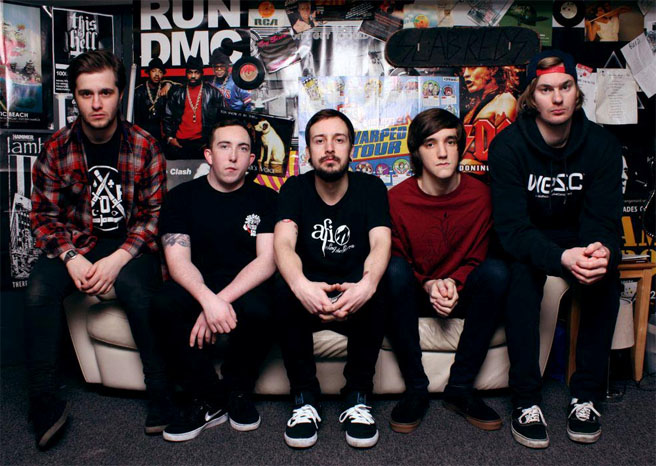 Giants have revealed a brand new song and announced a new awareness campaign they intend to back with a very special release.

Check out the new song, titled It’s Not All Bad News, below!

The release of the track coincides with the announcement of the band’s plans to release a special compilation mixtape in support of the Long Live Southbank awareness campaign. According to a statement released by the band:

“We’re sure it’s no secret that we like skateboarding. Simply put, our band wouldn’t be if it wasn’t for skateboarding. Recently something has been happening in the skateboarding world that we feel so strongly about that we decided to take it upon ourselves to try and help out as much as we can. Earlier this year, The Southbank Centre revealed their plan to transform the iconic Southbank Undercroft skate park in London into retail units (Starbucks etc.) as part of their £120 million redevelopment of its Festival Wing. We believe Southbank is just as much as a landmark in our country to us as anything else that stands on its streets and it needs to be saved.”

Giants have revealed they will be composing a compilation comprised of new, old and unreleased material from a rooster of bands. When the compilation is released, fans will be able to download it for free and instantly get signed up to future updates on the Long Live Southbank campaign. Bands confirmed to be included on the compilation include Giants, Great Cynics, Marmozets, Darko, Still Bust, Scouts, Public Domain, Forsaken and CB6 with more names and a release date to be announced soon. Find out more about the Long Live Southbank campaign here.