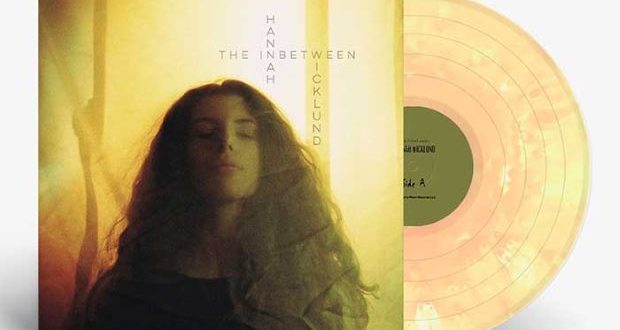 The EP is available to pre-order now by clicking here  and anyone who orders the vinyl edition will automatically receive the digital version so they can hear it 10 days before everyone else hears it on streaming platforms.

Produced and recorded by her older brother, Luke Mitchell (of The High Divers), in their parents’ home on Hilton Head Island, South Carolina, the EP features intimate performances that sees Hannah getting back to her roots. The EP was mixed by Phil Ek and mastered by Ed Brooks in Seattle, WA.

Wicklund decided to take four songs from last year’s self-titled release and strip them down to their rawest form.

“Piano was my first instrument, but I pretty much stopped playing when I picked up the guitar and traded in classical music for rock ‘n roll,” she revealed. “Those classical roots are undeniable, however, as I get older, I appreciate them more and more.”

Continuing Wicklund said, “I was at home visiting my parents and had my childhood upright and a little time off the road, so I decided to teach myself to play again. I did so by creating a piano arrangement for my most guitar-riff driven song as a challenge of sorts, and I loved how it turned out. That version of ‘Bomb Through the Breeze’ is what inspired me to do this project with my brother.”

The EP starts out with a ballad version of ‘Bomb Through the Breeze’, ‘Shadowboxes and Porcelain Faces’ is just her and guitar, the way she plays it live, and there’s a similar setup taken for ‘The Inbetween’ – The title derived from a line in the song, “It’s the in-between where we’ll figure out what your story says and what you’re all about.” The song intended to serve as a reminder to not get too caught up in social media. There is also what’s been described as “a chilling version” of ‘Ghost’, that “will strike a chord for many of us at home right now due to the coronavirus epidemic”.

“I thought it was the right time to showcase a different side of myself,” reflected Wicklund. “I’ve been playing these songs for years now, and so I wanted to challenge myself and give them a lot more depth by stripping everything back to the bare essentials.”

You can get a taster of what The Inbetween by Hannah Wicklund sounds like by listening to a short video clip right here at RAMzine.