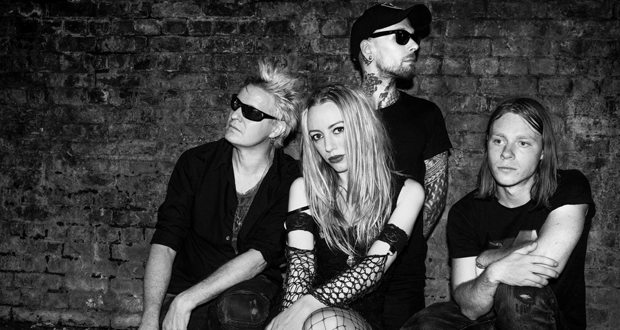 Running away from Paris in search of a rock ‘n’ roll rite of passage, glamorous rebel Nina Courson ended up in London where she met up with Phil-Honey-Jones, guitarist in psychedelic rock outfit Nurotica, and they ended up forming Healthy Junkies, a name taken as a reaction to the proliferation of pharmaceutical medications such as Prozac being over-proscribed by doctors.

Delirious Dream is the band’s fourth album and is out now on Banana Castle Records/Cargo Records UK.

It was recorded at Bark Studios by Brian O’Shaughnessy (Primal Scream, My Blood Valentine) and mastered by Pete Maher (The Pixies, The Rolling Stones and Jack White).

‘The Sound Of My Guitar‘ has been released as a single and you can watch the video for it right here at RAMzine.