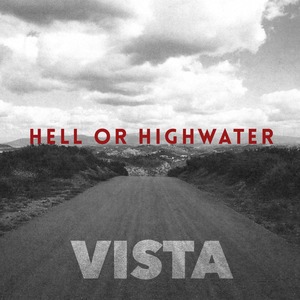 Hell or Highwater have released their debut track ‘I Want It All’ from their forthcoming album release, ‘Vista’, their second album and first release through the acclaimed label Spinefarm Records.

You can listen to new release ‘I Want It All’ here.

Hell or Highwater features Atreyu drummer Brandon Saller on vocal duties, taking a much different approach in style with a more melodic side to the band. Saller taking front of stage in the hiatus of Atreyu and Hell or Highwater brought the world their debut album in 2011 gaining momentous support slots with the likes of Avenged Sevenfold, Stone Sour and The Used to name a few. Striking while the iron is hot, Hell or Highwater will be hitting the road again in the build up to the release of Vista with Nothing More, Black Maps and As Lions.

Keen to build on an already impressive start, the band are set to release Vista on May 19th. Pre-orders can be made here.

Vista Track Listing.
Colors
Walk Out in the Rain
Don’t Hate Me
Another Good Time
Lighter Than Air
Blister
Don’t Stop Get Up
Dame
Washed Away
Pieces
I Want It All
Revolution

You can follow Hell or Highwater on the following social media sites.