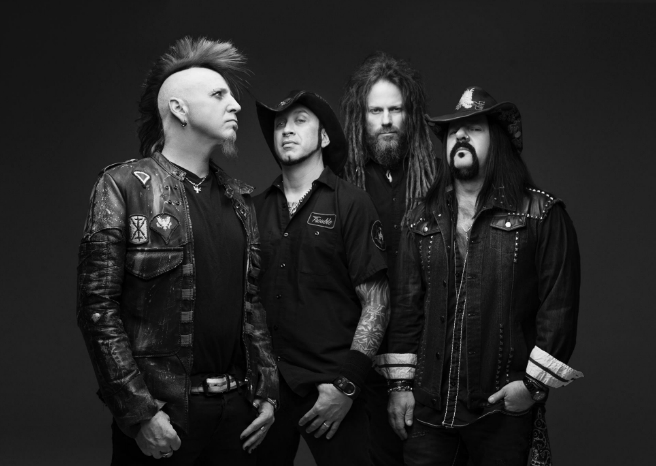 HELLYEAH are storming through the charts having reached #1 on the US Billboard Hard Rock Charts, and Top 20 in the overall charts, with new album ‘Blood For Blood’! They have also hit Top 20 in the US with their new single ‘Sangre Por Sangre (Blood For Blood)’.

“‘Blood for Blood’ is punchy and vitriolic, full of unforgiving tracks like ‘Soul Killer’ and ‘Say When’ the latter featuring Vinnie Paul’s most acrobatic drumming since Pantera… On Blood for Blood, Hellyeah’s pain is our gain” – Jon Weiderhorn / REVOLVER Magazine (USA)

The band will embark on a UK Tour this August, check them out on one of the following dates: