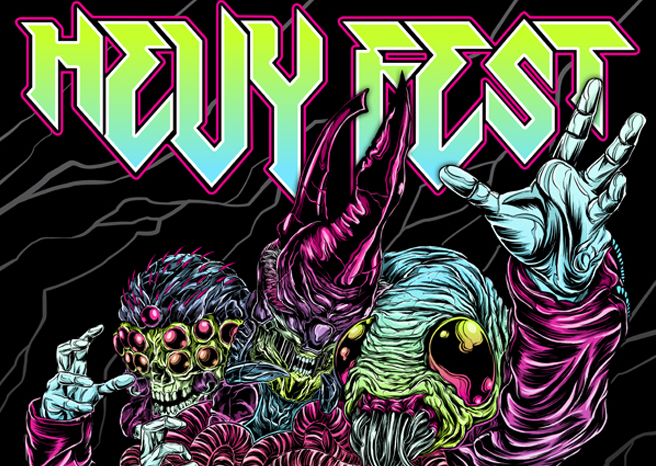 Hevy Fest have announced they are relocating the annual festival to the Brixton Academy in London.

The festival made the following statement:

“Hevy was set to move venue this year and we found the perfect site! It gave us much more room, a more central / easily accessible location, more generous operating hours and it allowed us to drop the dreaded no re-entry rule. It was perfect! We were all lined up to announce our new home, when a well-hidden licensing condition was discovered that would need to be overruled for the site to host Hevy. Unfortunately the appeal process would take 2 months and we didn’t want to risk a last-minute cancellation if things went sour. So, rather than pursue an alternative and keep you guys hanging even longer, we’ve decided to shelve the camping set-up until 2014 – and instead put on a load of events with the bands already booked, including a new breed of Hevy Fest at Brixton Academy.”

The first event at the Brixton Academy on August 4th will feature many UK Festival exclusive appearances. Check it the line-up below!

All current ticket holders will be offered a full refund if required. Tickets for the new event will go on sale on June 7th at 9am with Hevy Fest promising more events to be announced in the future.