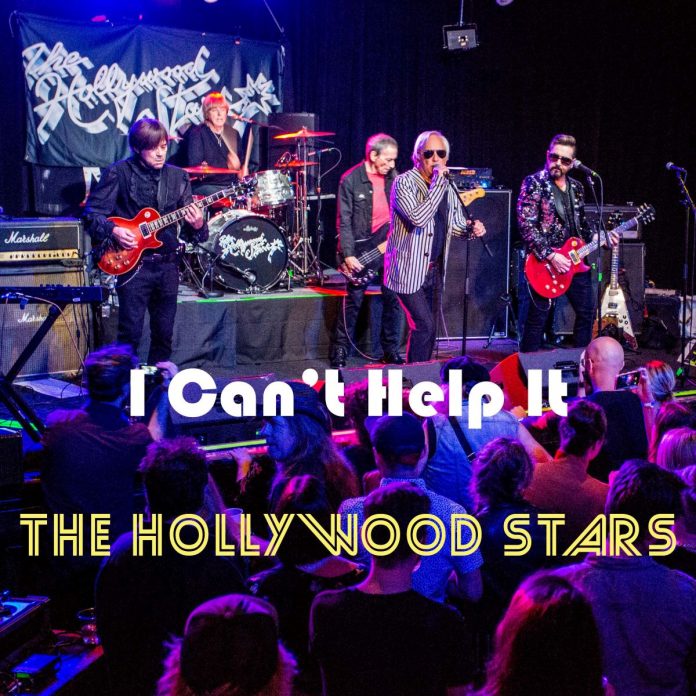 ‘I Can’t Help It’ is a song about a person who can’t help falling in love. No matter what he/she does, they see their person and fall deeper in love each day, each time they meet. It’s a mid-tempo song which builds just before the end when it reprises the opening.

You can catch the video for it here at RAMzine.

Hollywood Stars made their public concert debut headlining The Whisky A Go Go back in December 1973, and would go on to become one of the top-drawing acts there for the next 12 months. Changing record industry antics meant the band never scored the record releases they signed up for, and assorted versions of the band would come and go over the years.

Forty years after the dissolution of the 1978 line-up, Hollywood Stars reconvened for a one- night- only benefit concert on November 11, 2018 at The Bootleg Theatre in Los Angeles. The time-defying line-up included founding members Phares, De Fuentes and Rae, alongside Arista- era bassist Michael Rummans and new guitarist Chezz Monroe.

The audience was enraptured at the sight of this legendary band springing back to full-blown rock ‘n’ roll glory. The band themselves enjoyed the experience and have pledged to keep it going and have played several shows in the LA area, including a sold-out show at their old haunt, The Whisky A Go Go in July, 2019.

In 2019, Rummans left the band for personal reasons. The new bassist is John Schayer. John had played with Terry and Ruben before The Hollywood Stars in a band called The Living Flame – A name given to them by Little Richard. An accomplished bass player, singer and songwriter, he’s also a five-time Grammy contender.

After a stint with Burger records – the band is now at home with Golden Robot Records. Thus far they have released the singles ‘King Of The Night Time World’ and Escape’, both originally written and recorded by Hollywood Stars then made famous by Kiss and Alice Cooper respectively. More recently they released ‘Make It To The Party’.

‘I Can’t Help It’ is available on all digital streaming platforms and can ordered here.