Hugh Cornwell tells us about When he was a Young Man 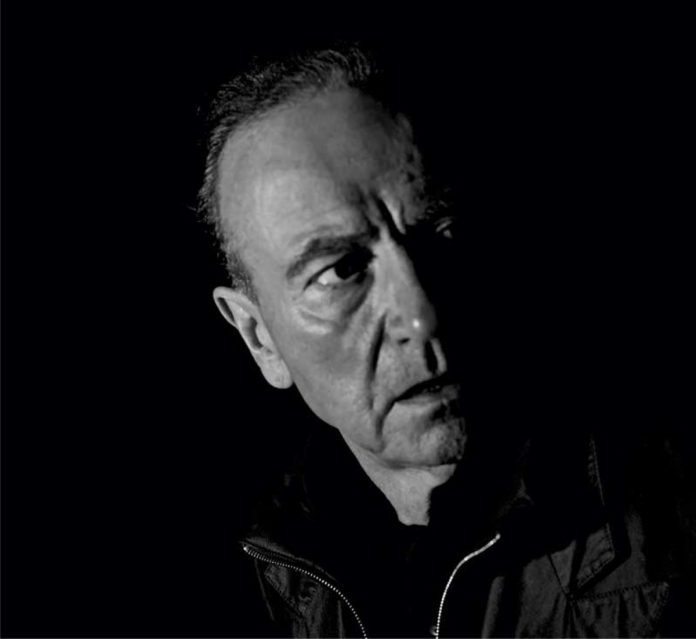 Good things come to those who wait, and Hugh Cornwell’s highly anticipated tenth solo album in Moments of Madness will be released on Friday 7th October, and it will dovetail with a 21-date nationwide UK tour taking place from November 4 to December 3 of this year, but ahead of that comes his new single ‘When I Was A Young Man’.

In what is probably the most revealing song Cornwell has written to date, ‘When I Was A Young Man’ explores the relationship he had with his parents. Sharply observed through the prism of himself as a younger man and in his present condition, he lifts the lid on his family relationships.

The single is taken from the forthcoming album and is available to purchase here
and you can check out the new video right here at RAMzine.

Widely regarded as a poet laureate of the punk era (from his early career fronting The Stranglers to his transition as a solo artist), Hugh Cornwell has built a substantial and singular body of impressive solo albums. His tenth solo opus, Moments of Madness, continues this by experimenting with musical genres and it’s been said that his reputation as a wordsmith “resounds” across this album’s songs.

Self-produced, and playing all of the instruments himself, Moments of Madness‘ ten tracks finds him flexing his musical muscles with a stripped down, offbeat, reverberating sixties vibe ringing from what have been declared “seductive melodies and lyrically distinctive perceptions” stamped throughout.

Tipped as the most significant album of his career, we’ll all be able to judge properly for ourselves this coming winter, but ahead of that comes the release of singles.

Four years since his previous remarkable solo album Monster, the opener, and first single, ‘Coming Out Of The Wilderness’ surfed an edgy explosive sixties sound with a heavy Duane Eddy guitar twang as he declares, “I’m coming out of the wilderness, learnt how to throw a bowie knife. Ran into fair-haired maiden’s out there but didn’t take no wife.”

A consummate storyteller. Cornwell’s inimitable observations on the art of survival in these challenging and turbulent times are said to ring through on his forthcoming album.

“It’s like I’ve got a stew pot of sounds where I’ve put in a bit of Joe Meek, a bit of Lou Reed, a flavour of The Doors, a bit of this, a bit of that and I mix it all up and it tastes good,” said Cornwell. “I’m like a cook when I make records in that I don’t follow any recipe.”

On ‘Red Rose’, a song about the bewildering trend for tattoos you’ll find the lines: “I don’t mind different types of jewellery, show it to me, just feel free’, could be I’m missing the artistry,” while ecology resonates loudly on ‘Too Much Trash’ as he eviscerates the thoughtless actions of the devil may care consumer society who needlessly drop litter everywhere, “We’re heading for a crash. We got too much trash.”

‘Red Rose’ can be steamed and downloaded by clicking here.

A safe port in the storm close relationship is offered with pithy humour in ‘I WannaHideInsideAya’ while ‘Looking for You’ has spooky atmospherics, and the semi-autobiographical and upbeat ‘When I Was A Young Man’ opens a can of insightful, wistful emotions, with lines like “As years go by and friends, they die they leave me living slow,”  has him reflecting upon his family and friends.

Title track ‘Moments Of Madness’ is a musical adventure, mixing a dash of dub as he strums a lockdown rhythm to a devilish groove. “The Clash did reggae so what’s wrong with me doing it? I loved playing the bass on this track.” He declared, again his lyrics show his finger on the pulse of our times, “Looking like the fog’s gonna finally clear., Switch on all the lights at the end of the pier. Tidy up your makeup and shampoo your hair. Have a little party but nobody’s there.”

‘Moments Of Madness’ is multi-layered with serious messages, acute analysis, and witty observations via fun-filled lyrical and musical eccentricity. And ‘Lasagne’ has him relate about Italian friends who live in Mexico and make the best lasagne he has ever tasted.

Cautionary tales about matters of the heart are revealed in ‘Beware Of The Doll’ with lines like “You think you’re listening to love. You’re sinking from a foot above,” and the more personal album closer ‘Heartbreak at Seven’ was the first song that Hugh recorded for this album.

Moments of Madness can be pre-ordered from  here.