In The Whale take a Smoke Break 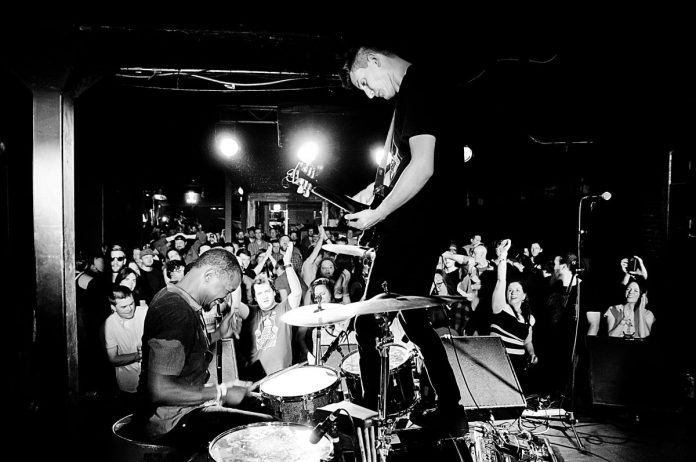 Denver, Colorado duo In The Whale has been unleashing their particular brand of raw, aggressive and energetic music since 2011.

The band has just released their new single ‘Smoke Break’ via Riot Records and it is available now on all digital platforms.

‘Smoke Break’ is about addiction, depression, suicide, and what happens when we isolate ourselves for too long. When someone reaches a breaking point (saying, “today’s the day”), things can go bad. The song has been released to coincide with Mental Health Awareness Month.

Described as an extremely unique act. The duo’s modus operandi is to push sonic boundaries to the limit and deliver a relentless pounding to the senses. The result intended as an alternative, post-rock intensity creating a seismic event from a band apparently not afraid to take chances.

During the decade long period the band has been together they have supported the likes of Jane’s Addiction, The Descendants, The Offspring and Gogol Bordello while also putting in appearances at Lollapalooza and various other US festivals.

Alongside this, the band has previously released singles like ‘Teeth’, the sludgy, bombastic  post rock-esque battering, low-end sonic treat of  ‘Drug Dealer’, and that was followed by ‘Crosses’, and then ‘Jeffrey’.