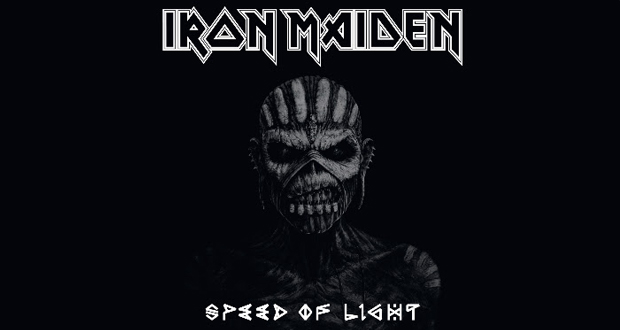 The truly Legendary Iron Maiden have finally returned. With the release of the much anticipated new album The Book Of Souls, they have decided to wet our appetite by showcasing a brand new track for us all, ‘Speed of Light’. Penned by the guitarist Adrian Smith and vocalist Bruce Dickenson, it is the expected romping affair which we all love Iron Maiden for.

The video is available to watch below. For those who pre-ordered The Book Of Souls get a download of the new song Speed Of Light. Just pre-order through iTunes or Amazon MP3, it can also be streamed on Spotify and Apple Music.

The video is produced and directed Llexi Leon, who happens to be a huge Iron Maiden fan. This is his first music video and the creator of the cult comic Eternal Descent has created a video that is a fantastic homage to video-gaming and of course Iron Maiden also. It features the ever present idol Eddie on a quest through time and Space.

The Book of Souls the bands 16th album is due for global release on 4th of September through Parlophone Records (BMG in the USA). Set to be one of the highlights of the year, a double album extravaganza of everything which we love and cherish about the mighty Maiden. If Speed of Light hasn’t got you excited then I think its time to re-evaluate your life.