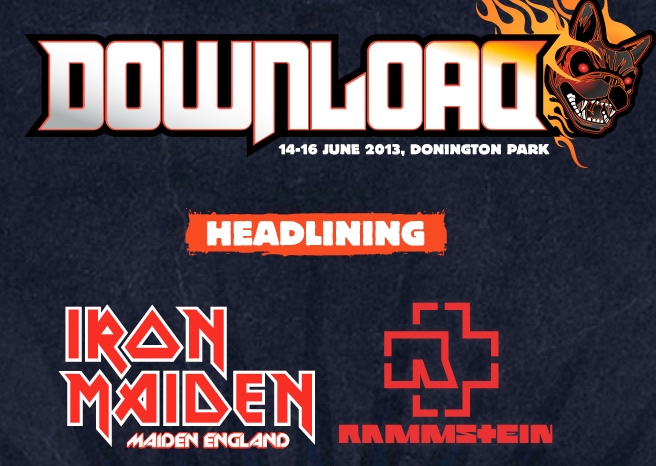 British heavy metal legends Iron Maiden have this evening been confirmed as the first headline band for the Download Festival 2013 taking place at Castle Donington from Friday 14th to Sunday 16th June.

The band will headline the Saturday night of the festival, and the performance marks 25 years since they first played the festival. They will be bringing the full “Maiden England” tour to Donington Park, a tour which has wowed audiences across the pond in America all summer.

“We’re absolutely over the moon to be headlining Donington again” said singer Bruce Dickinson in an official press release. “The idea of returning 25 years later with a show inspired by that same 1988 “Seventh Son” tour was too good an opportunity to be missed!

“We’ve had many great times at Donington and there is always a wonderful mix of bands and a really wild crowd who love their metal, all of which makes for a memorable show and fantastic party atmosphere!”

Tickets for Download 2013 go on sale on Friday 28th September at 9am. Further acts will be announced in due course.