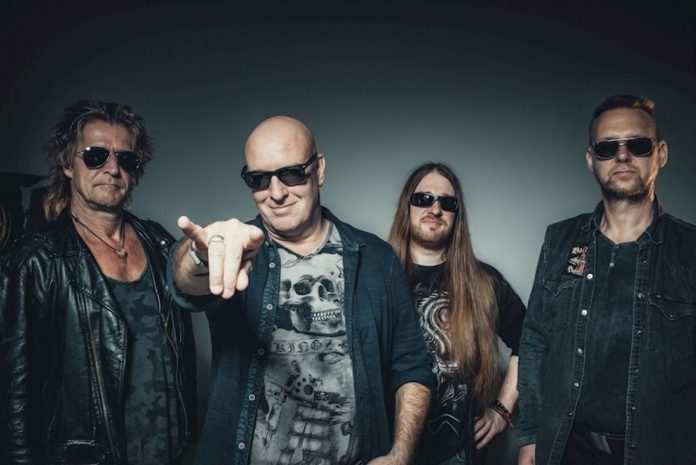 The single is a re-recording of a song originally issued on the band’s second, 1999 studio album. It’s the second single released recently, on which The Hamburg-based metal veterans’ frontman Piet Sielck noted: “Hey Folks! For our second single we have selected another track, this time from the Unification album.

“Follow us into ‘The Battle’ with its mighty riffs, epic melodies massive choruses and yet another Kai/Piet solo duel. If you think Reforged Vol 1 – Riding On Fire was good we can promise that Vol 2 – Ironbound is even better! Heavy Metal Never Dies!”

2021 saw Iron Savior celebrate the 10th anniversary of one of their most successful records to date, The Landing. The special anniversary edition is now also available on vinyl  here.

You can check out ‘The Battle’ here and watch the video to previous single, ‘Heavy Metal Never Dies‘ here at RAMzine.