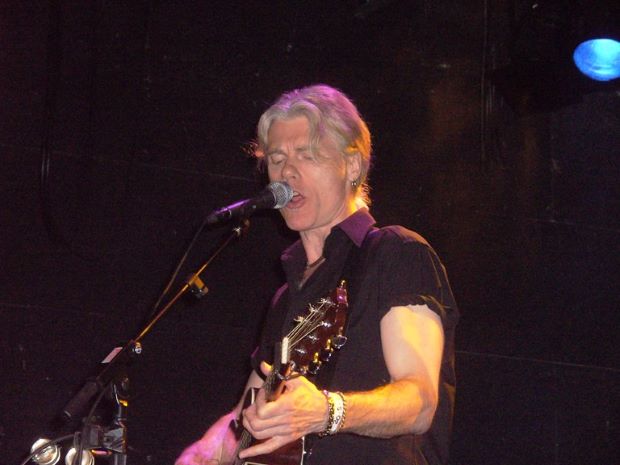 It continues the ongoing experimentation in musical soundscape terms, that Sloman’s solo work has taken him since the largely acoustic Reclamation album was followed by the Taff Trail Troubadour and El Dorado records.

Across the breadth of Metamorph he blends hard rock with progressive undertones and grunge-worthy new wave flourishes, amidst classical refrains, angry folk blues shout-outs and a little heavy funk, all with a voice that’s aged like a fine wine.

Not only a vocalist but a multi-instrumentalist too, Sloman’s career has found him as sideman and seasoned session musician singing live and in the studio for Gary Moore, heavy metal group Praying Mantis, and featured on film soundtracks such as Highlander: The Source and the animation feature Planet 51. Among those he has played keyboards, guitar or otherwise for are such diverse acts as UFO, Balaam & The Angel and Lloyd Cole & The Commotions.

John Sloman is currently appearing live from his home, posting videos, during this coronavirus pandemic that you can watch at his office website presence by clicking here.