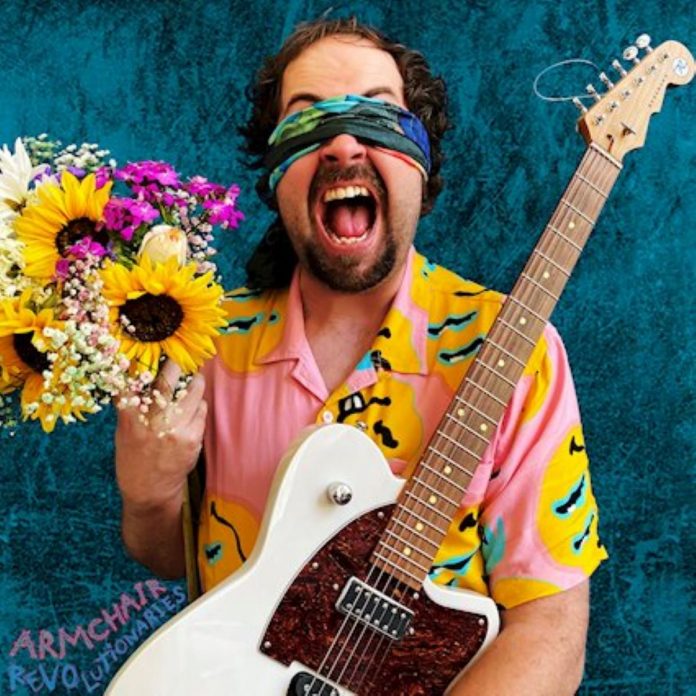 Freak-out guitar wizard Kilfeather has a new sinlge out with ‘Human Zoo’ and you can check out the accompnaying video right here at RAMzine.

‘Human Zoo’ comes from the album Armchair Revolutionaries just out on all digital platforms, through Riot Records/Golden Robot Records.

Fans have received a deep insight into the album with the steady release of the singles ‘Bummer’, ‘Nightmares’, ‘Plants’, ‘Dwelling’, ‘Waiting to Get In’ and ‘Plants’ showcasing the diversity and genre bending aural assault that will be on offer.

Armchair Revolutionaries is intended as a reflection of our torn society within the broken mirror of time. With wailing angst for every wrong turn we have made against the frame of our universe, Kilfeather screams with every bit of intention. These songs are a DIY hive-mind collection of hymns about deteriorating mental health disguised in velvet cloaks of fuzz-drenched guitars and heavy, gelatinous hooked choruses. Written, performed, and recorded entirely by Kilfeather himself, this album packs both a concrete punch and razor-sharp bite.

You can order Armchair Revolutionaries here.

‘Plants’ was the previous single from the album. It’s a song that dives into an anti-pop rock formula and drives it back home with mean riffs and a barking chorus itching its way inside your head.

You can stream/buy ‘Plants’ here and check out the video for it here at RAMzine.

Before that came ‘Dwelling’ as a dark and wild ride. With a high tempo shuffle that’s almost a country inspired rhythm section, it’s invariably accompanied by heavy rock guitars and eerie crooning vocals. The lyrics share a peek inside the feelings of desperation when being faced with that tough choice of finally letting go.

You can stream/buy ‘Dwelling’  here and check out the video here at RAMzine.