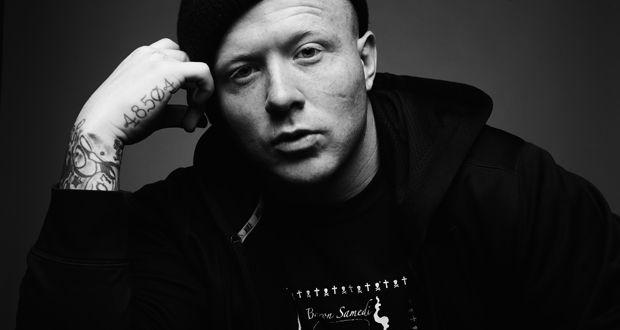 Michigan metallers KING 810 have just released ‘Alpha & Omega’, the second and gripping track from forthcoming album ‘la petite mort or a conversation with god’.  The official video for the track was conceptualized and directed by frontman David Gunn and was shot in an abandoned church in Detroit:

Produced by Josh Schroeder, Justyn Pilbrow and KING 810, ‘la petite mort…’ was recorded in Bay City, Michigan and takes the listener deep into the dark heart of Flint. The title itself is a reference to the duel themes of the records:  the real life violence and despair of Flint that fuels frontman David Gunn’s narrative, and the steady desensitization and closing down of the human spirit when confronted with these real life conditions.

David Gunn shared his thoughts on ‘la petite mort or a conversation with god’ in a recent episode of the band’s KING TV series which was posted to their official YouTube channel:

The album is set to drop on 16th September via Roadrunner Records.