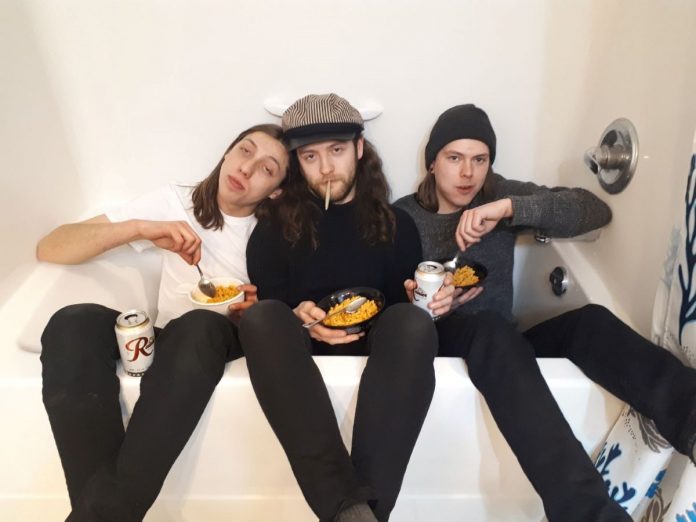 King Bull do not sound like Metallica. The distorted vocal would likely be considered ignorant by most people, but there’s a chance Iggy Pop would maybe like it. If you have the gout you’ll probably be able to relate to the lyrical content.

It is available now here and you can check out the video here at RAMzine.

King Bull encompass 70s rock and punk with an angsty vibe and some earthy streetwise riffs and powered by a punk-tinged, rock-ignited fuel. Fired up by intricate licks, buzz-cutter guitar tones and uniquely edgy vocals, The band has been together a baker’s dozen years but not one band member half a century yet, they mix classic rock with edgy punk, the kind of stuff you might like were you into The Who or The Stooges.

Louder and less logical than anything else they’d accomplished previously, you arer advised to turn it up and watch the smoke pour from your amplifier as your speakers explode. The trio feel this one is sure to encourage children to smoke and dogs to wet themselves.

You can stream/buy ‘Don’t Want You to Know’ here and chack out the video for it right here at RAMzine.

The new single follows last year’s EP What Happened Here and their third single for the Riot Recordslabel, and that was ‘B-Side Baby’.

‘B-Side Baby’ was described as a little ditty “that dives from garage fused punky rock to an incredible Guns N’ Roses styled crescendo. You can also heck that our yourselves via the video for ‘B-Side Baby’ right here at RAMzine.