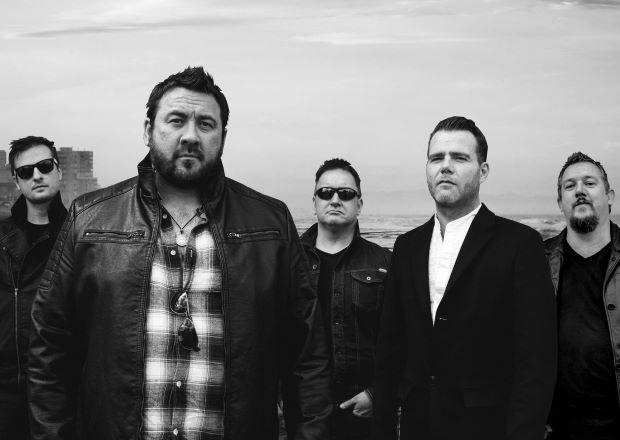 Already A-listed on Planet Rock, the single ‘I Will Not Fall’, will be available as an instant gratis track with all pre-orders, plus exclusive content including track by track commentary by Alan Nimmo. The album will be released on CD, vinyl and as various bundles, and now available for pre-order from here.

“Recording the new album with the new line-up has been a whole lot of fun and very interesting,” said Alan Nimmo. “It’s great watching the guys using the great talent they have bringing the songs to life.”

On noting the stated collaborations this time around, he added: “I value contributions from all of the guys in the making of new music. Johnny and I found a great rhythm working together. We just got our heads down and made sure that the songs were arranged in the best way possible.

“Maverick is an album that I chose to write with complete freedom,” he continued. “Musically, it’s more mature and more complex than our previous records, but it also has the simplicity of an album that just has great catchy songs that people will want to sing along with. The essence of King King is still there and always will be. We hope the energy, fun and passion is evident throughout!”

But why call the new album Maverick? “I named the album Maverick at a time when it was risky to do so,” says Alan. “I made some bold moves and changes from band members to behind-the-scenes stuff. I guess that’s who I am. I’m a risk-taker!”

There will be ample opportunity to see the new line-up when they tour, both in October and the new year. Details regarding this can be found at RAMzine by clicking here.