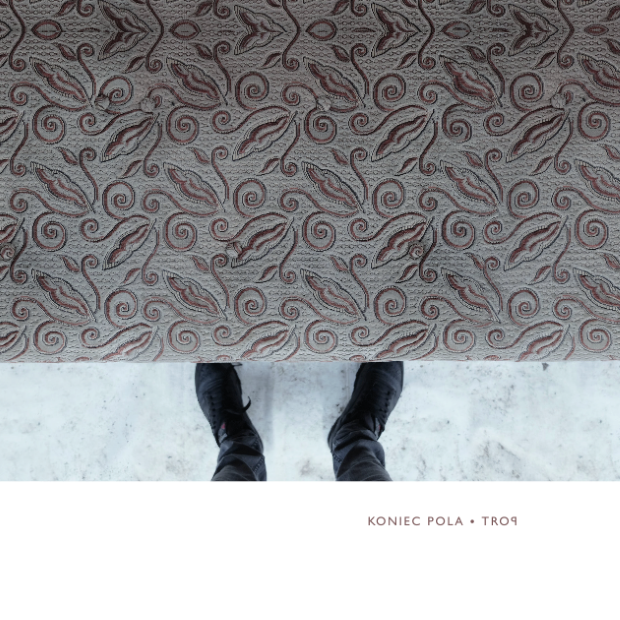 Poland’s Koniec Pola released Trop, their lastest mini-album, and their follow up to 2018 debut Cy, earlier this year as as a digibook and it quickly sold out. They are now issuing it in digipak format via Devoted Art Propaganda, alongside digital services, such as Spotify, Apple Music, Tidal and Deezer.

The band name translates as “The End of the Field”, and is made up of musicians from bands such as Licho, S., Wędrowcy~Tułacze~Zbiegi and Strzępy. Their intent being to take a different approach to post-rock, black metal and experimental music.

While the songs bear titles that are more literal than inspiring (‘First’, ‘Second’, ‘Third’, ‘Fourth’, ‘Fifth’ and ‘Sixth’), Koniec Pola continue to take a different approach to post-rock, black metal and experimental music. While Cy explored the imaginary and the postmodern of a Polish village, Trop invites the listener on a six-step-long journey. This journey follows in the footsteps of a dream. Or in a dream, follows a trace.

Trop was recorded in May 2019 at Stodoła Studio in Humniska, Poland. Mix and mastering was completed by Marcin Klimczak at Mustache Ministry Studio.

You can listen to the record on Bandcamp.com and via Youtube.