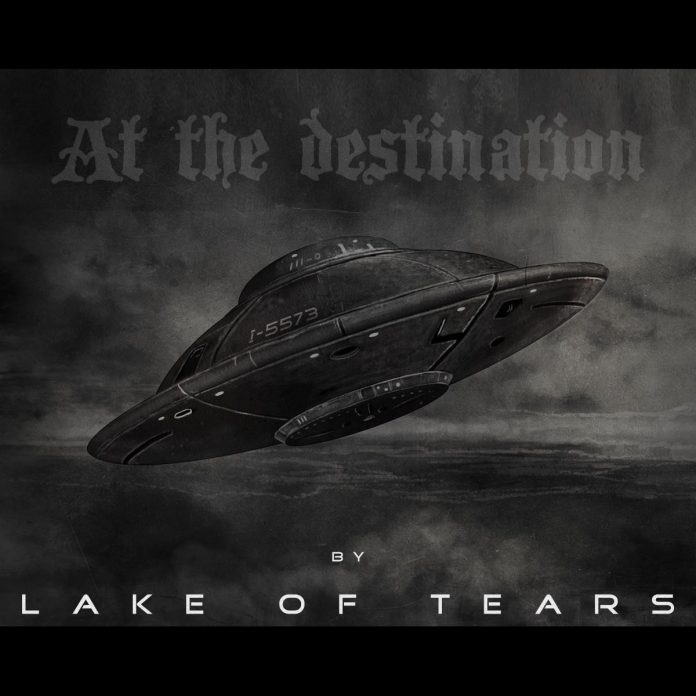 Lake of Tears has released another single taken from upcoming album Ominous, that is set for release on 19th February 2021 through AFM Records.

‘In Wait And In Worries’ is the single; atmospheric, epic song seeped in melancholy, immersed in the gloomy darkness, with a warm voice embedded within “mathematics and magic” according to the band.

You can check out the video for it, alongside previous single, ‘At The Destination‘ right here at RAMzine.

Ominous is allegedly, the perfect soundtrack for short, grey days and long, cold, dark nights. After nearly a decade of silence, Swedish dark music pioneer Daniel Brennare reveals his sinister world of thought, coming out of long years and some intricate mathematics.

Ominous has been described as the illegitimate child of a short liaison between David Bowie-era Space Oddity, The Sisters Of Mercy and Pink Floyd, with a brief touch of doom.

Rooted in illness and depression, in days of grey. These moments, burdensome and overwhelming, are dissected and then reassembled into a linear story. Interwoven in sound, word and vision. Lasting no longer than a moment but holding for an eon. Reaching no further than the horizon but stretching out to the cosmos.

Brennare has created a vision at the end of the world, starring a cosmonaut and the ominous brothers. He combines gothic rock with post-punk tunes, and quiet melancholic sounds that grow into powerful tracks, heavy and glutinous as liquid bitumen.

Unhindered by the contemporary rules of form, though danceable with its electronic goth beats, under the moniker of Lake of Tears, Daniel Brennare’s Ominous features the tracks: ‘At The Destination’, ‘In Wait And In Worries’, ‘Lost In A Moment’, ‘Ominous One’, ‘Ominous Too’, ‘One Without Dreams’, ‘The End Of This World’, ‘Cosmic Sailor’ and ‘In Gloom’.

Check out the lyric video for ‘At The Destination’, here at RAMzine.