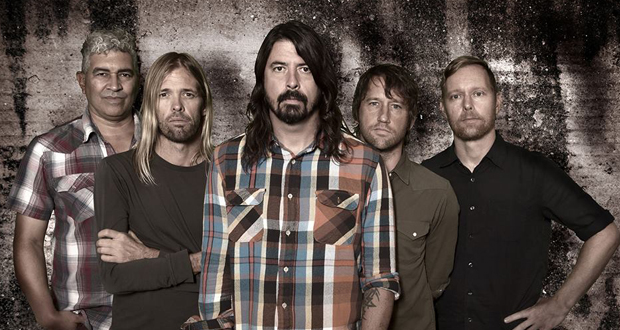 Foo Fighters have shared a new song entitled ‘The Line’.

This song is taken from band’s upcoming album Concrete And Gold out September 15th.

‘The Line’ is the third track to be taken from the record. It pairs a signature Foo Fighters propulsive melody with an urgent heartfelt lyric and rousing chorus described by composer Dave Grohl as “a search for hope in this day and age where you feel as if you’re fighting for your life with every passing moment, and everything is on the line.” Check out the track below:

Following their triumphant Glastonbury headline set, Foo Fighters will be performing in a one-off London arena show at The O2.

The band will play the 20,000-capacity venue on September 19 as part of The O2’s series of special shows celebrating its 10th birthday.