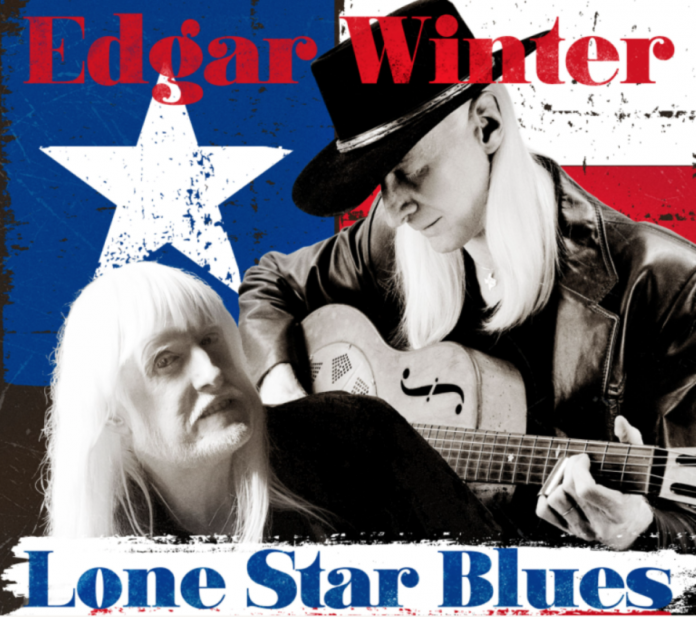 ‘Lone Star Blues’ is the third single in a row, from Edgar Winter, taken from upcoming new album Brother Johnny, an all-star tribute to his brother the late Johnny Winter.

“I don’t think this album would be complete without at least one, heartfelt, personal tribute from me to my brother–in the form of a song,” Edgar wrote in the album’s liner notes. “So, I wrote this about something I know Johnny felt deep in his heart…The idea of being a star yet feeling all alone… And then the perfect title, ‘Lone Star Blues’ came to me” which as a native Texan carries a double meaning.

“When it came to a special guest artist for this one, there was one and only one person I wanted to do it, and that is Keb’ Mo’,” said Edgar Winter.

“I didn’t know him at all, but Ross did the TajMo album that won the Grammy. So, he knew and worked closely with both Taj and Kevin. I asked Ross to ask him, and Ross set up a get acquainted phone call. I explained all about why I was doing the album, how much it meant to me, and about the specific song and the idea behind it. He was very nice, straight from the heart, and real. He seemed open to the possibility and said he would like to hear the song.

“All we had to send was a simulated slide guitar I played on keyboard in a typical Johnny style, a vocal, and drums. In this case, less was more. What we were hoping was for Kevin to make it into a Keb’ Mo’ song, and that’s exactly what happened.

“I was totally over the moon when he agreed to do it. He broke the whole thing down and started over from scratch, putting all the instruments on himself—all the guitars, bass, and some great vocal lines.  Keb’ Mo’ is a real blues man who feels it heart and soul. He has his own unique style that is absolutely perfect far this song.

“I had done a typical Johnny kind of vocal (very intense and gravelly), but everybody thought it was just too much and over the top. After hearing the lines that Keb’ Mo’ sang I got it. His voice was so cool and laid back, every time he sang a line the song just seemed to come to life. My lines sounded edgy, stressed, and almost angry. So, I redid my entire vocal in a more natural storytelling style. I sent it to Ross, who sent it on to Keb’ Mo’. What he said, I took as a real compliment.”

“Does Edgar like Mose Allison? It kind of sounds a little like Mose.” He said, Winter returning, explaining, “Keb’ Mo’ had a completely different feel and approach that absolutely transformed the song. Kevin, thank you from my heart. I Love you for being Keb’ Mo’ and doing what you did.”

A personal and biographical song penned especially for this tribute by Edgar Winter his gritty singing is partnered by Keb’ Mo’ guitar work, that’s been described as “impeccable”, to transport the listener to a small smoky backroom club and the lonesome dirt road that leads there.

You can listen to the ‘Lone Star Blues’ here.

For more on the album at RAMzine click here.