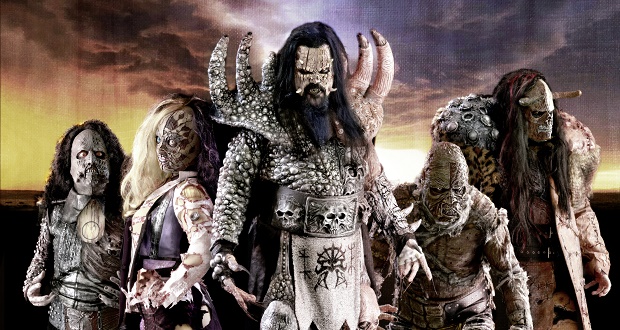 Monster-rockers Lordi are back in the UK  and Ireland for a 10 date tour.

This tour is in support of their new album Monstereophonic (Theaterror V Demonarchy) , which was released in September.

Side A of the album, Theaterror, is a collection of hard rcoking, catchy riffs such as their single ‘Hug You Hardcore’ (watch below)

Side B, Demonarchy, tells the story of The Undead Son, The Bloodsucking Count, The She-Wolf and The Witch.  The songs on this half of the album reflect Lordi’s more modern side including complex song structures and the Finnish monsters as you ahve never heard them before.

As mentioned the 2006 Eurovision winners are about to embark on a monster UK/ Ireland tour, dates are as follows: