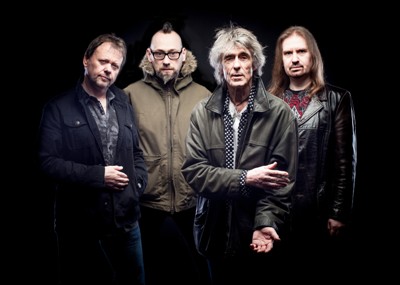 Martin Turner and his band returns to UK stages for the second leg of his Vintage Years Tour, wherein he will be performing 1970’s iconic Wishbone Ash debut album in its entirety.

Back in 1969, bass player/vocalist Martin Turner and drummer Steve Upton moved up to London and were joined by the guitarists Ted Turner and Andy Powell to form Wishbone Ash. It only took a year for them to release their eponymous debut album, one that contained an eclectic mix of progressive rock, hard-rock, blues, jazz and folk influences with the band’s pioneering twin guitar harmonies resplendent throughout.

The record featured stage favourites such as ‘Blind Eye’, ‘Lady Whiskey’ and album-closing tour-de-force ‘Phoenix’, and received rave reviews from the music media with legendary broadcaster John Peel going on to say: “I haven’t been so impressed with a relatively new band for a long time. Their music is original, exciting and beautifully played.”

The Wishbone Ash album appeal has endured five decades of musical change and remains a firm favourite with fans of the band and the classic rock genre. The band themselves would go on to be one Britain’s most enduring and be highly influential for their guitar-driven melodic rock music. The results of all this being album sales measured in their millions and worldwide sold-out concerts.

Ash founder member Martin Turner recently released the 2CD/1DVD set The Beauty of Chaos – Live at the Citadel that features his current live band of guitarists Danny Willson and Misha Nikolic, and drummer Tim Brown. Their Autumn 2018 tour will feature classic tracks from the extensive Wishbone Ash repertoire, as well as new music that remains true to the original band’s style plus, of course, a full performance of the debut Wishbone Ash.

For tickets click here or go to venues’ websites.