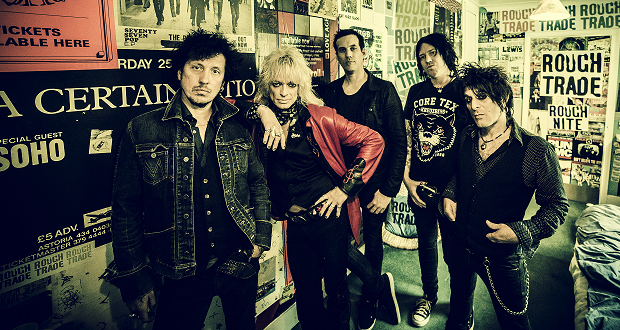 Michael Monroe has released new single ‘Old King’s Road’ ahead of his forthcoming album ‘Blackout States’, which is set for release October 9th via Spinefarm Records.

The video for ‘Old King’s Road’ takes us back to his early career, as it promotes a punk rock London vibe. You don’t see videos that can pull off the early rock ‘n’ roller lifestyle anymore, and if you do they tend to look cheesy. However Monroe being a veteran musician pulls off not just this style of music, but the whole package perfectly though his authenticity.

I’m extremely excited about our new album,” says Monroe. “It has all the ingredients of a perfect rock ‘n’ roll record – strong melodic songs with great meaningful lyrics that defy all cliches, delivered with a punky, ballsy attitude by a killer band. I highly recommend ‘Blackout States’ to anyone who’s even a little bit interested in what real, authentic, high energy rock ‘n’ roll at its best sounds like today.”

Well that certainly sounds like an album we are going to love! Monroe is now set to head out on a tour across Europe, visiting the UK this October.