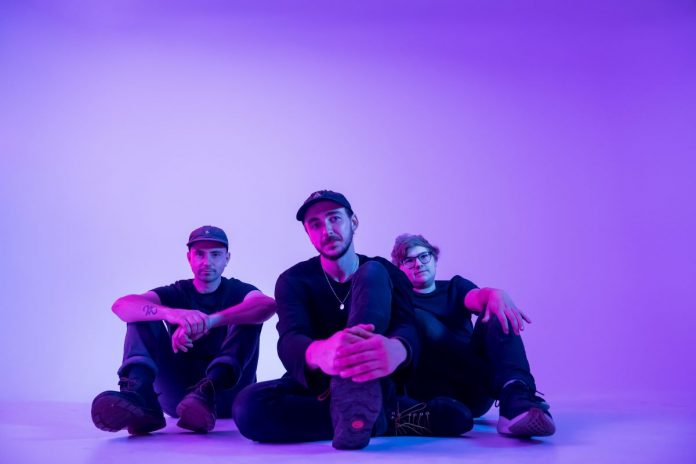 Hailing from Brighton and Hove, Naipia combine indie, rock and pop genres and write songs about misspent youth, the growth of the soul and hard lessons learnt. The band’s intent is to take you to a place of self-reflection whilst shining a light on the beauty of what’s to come. The message: it’s okay to not be okay.

Naipia brought out ‘Tightropes’ as a single, through Golden Robot Records a few months back and follow it with ‘Bluestown’ this January.

‘Tightropes’ is an indie pop rock number is about being aware of your centre-point; noticing the light and the dark inside of you and maintaining the balance for personal growth.

‘Tightropes‘ is about being aware of your centre-point. Noticing the light and the dark inside of you and maintaining the balance for personal growth.

NAIPIA issued a video to accompany that single, that you can view here at RAMzine.

“This shoot, for us, is the pinnacle of what you can achieve with a great team of people around you and a lot of love/favours,” said the band. “Naipia were introduced to the amazing videographers Bullet Media through their management HP Music at another shoot where we were filming an acoustic rendition of our previous single ‘Another’ which was being used as a promotional piece of content for the well-known music studio gear manufacturer Warm Audio.

“After an instant connection with the guys at Bullet Media we knew these were the men for the job. We all put our heads together over some beers and discussed how we could make a video with the limited budget a young band such as ourselves would have and what kind of vibe/style we would like to go down. We instantly landed on the idea of a black and white performance based shoot which ended up inspiring all the visuals for the whole release.

“We reached out as a team to as many venues that we knew of with a space and visual to accommodate the vision we had in mind. This ended up with us speaking to a small independent industrial looking gym in Southampton that one of the film crew uses to work out at, they very kindly agreed to lend us the space overnight out of work hours to complete the shoot. Of which we owe a huge thank you to The Barbell Division.’’

You can stream/buy ‘Tightropes’ by clicking here.