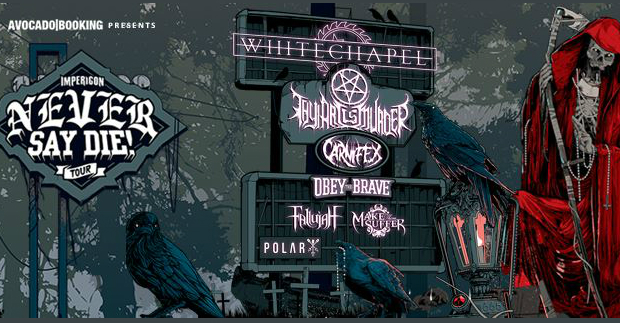 The Never Say Die Tour, now in its fifth year, was announced a few weeks back and boy are we in for a treat!

Polar, Make Them Suffer, Fallujah, Obey The Brave, Carnifex, Thy Art Is Murder and Whitechapel will be touring around Britain and Europe this November.

Having seem Polar last year, at the end of their tour it’s really fantastic to see them go from strength to strength with an already impressive support record to date.

It will be interesting to see if Thy Art Is Murder will have confirmed a new vocalist by this tour, after CJ leaving earlier this year. Nick Arthur of Molotov Solution is currently taking over the role.

Last September Phil Bozeman quietly announced that Whitechapel were in the stages of writing a new album, a new album that they hope to release sometime later this year, which means there is a possibility of a new album being featured on this tour or at least some brand new songs. If that’s not worth buying a ticket for then I don’t know what is!

The tour will pass through:

Tickets are available now for under £17! That’s a remarkable value for such a great line up. The Impericon website also have a ‘special’ ticket on sale which has a ticket and a tour t-shirt bundle for only another £4! 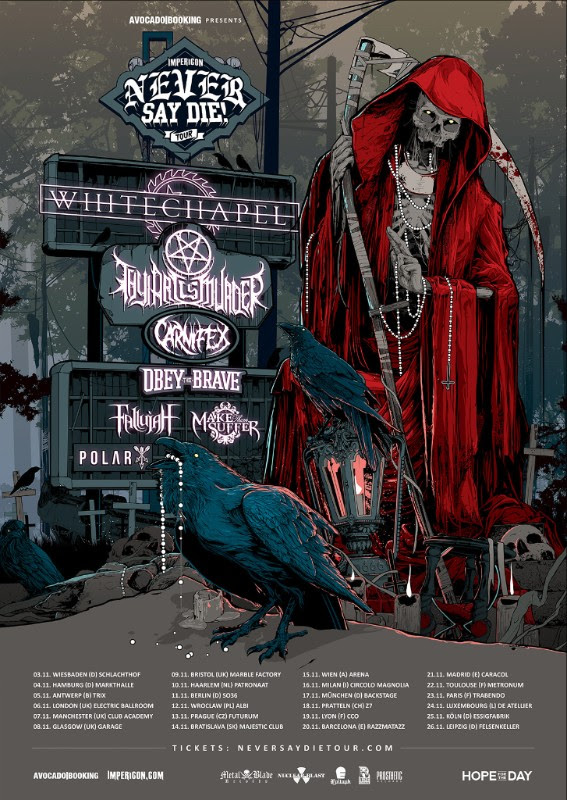