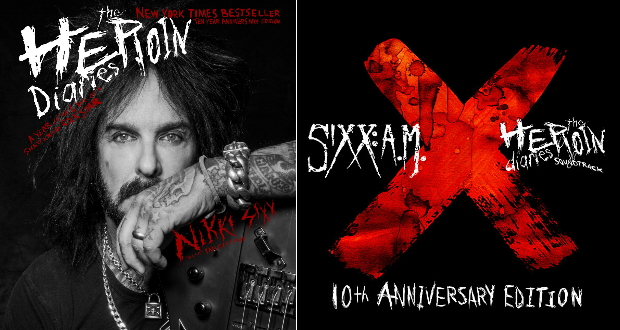 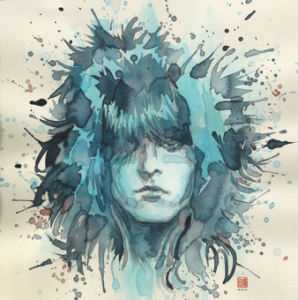 To commemorate more than a decade of sobriety and life lessons learned, Nikki Sixx and SIXX:A.M. revisit the seminal work; announcing Tenth Anniversary Editions of the book and album in multiple formats including: digital LP, CD, CD / DVD, and Special Edition Vinyl, and Graphic Novel. Fans can get a jump start TODAY by pre-ordering these and more exclusively at PledgeMusic.
Nikki Sixx got sober sixteen years ago. A decade ago he shared this story with the world. And yet with the modern opioid crisis looming larger than ever; Sixx’s journey to sobriety and the words and music it inspired remains poignantly relevant.
Chronicling the year of decadence and depravity that almost cost Sixx his life during the recording and tour for Mötley Crüe’s seminal 1987 album GIRLS GIRLS GIRLS, the book not only became a worldwide bestseller but also spawned the band SIXX:A.M., and Sixx’s nationally syndicated daily iHeart Media rock radio show Sixx Sense with Nikki Sixx.
Says Sixx: “Over the last ten years I’ve met so many people who have thanked me for The Heroin Diariesand say that it saved their lives,” explains Nikki. “But the truth is, writing The Heroin Diaries saved my life too.”
Journey back again into this mega–New York Times bestselling survivor’s story in one of the most “harrowing” (Rolling Stone) and “heartbreaking” (The New York Times) memoirs of addiction ever published and the soundtrack it inspired. The once-shattered rock star shares raw and mesmerizing journal entries from the year he plunged to rock bottom—and his courageous decision to pick himself up and start living again. In never-before-seen photos and exclusive new chapters, Nikki reflects on his decade of sobriety in this expanded 10th anniversary edition of the book.
SIXX:A.M. also celebrates its 10-year anniversary with the re-release of The Heroin Diaries Soundtrack: 10th Anniversary Edition. Comprised of James Michael (vocalist, producer, songwriter), Dj Ashba (guitarist, songwriter) Nikki Sixx (bassist, songwriter), the group initially came together to write, record, and co-produce The Heroin Diaries Soundtrack, which sold over 300,000 copies, and includes the #1 hit single, “Life Is Beautiful,” which became radio’s most played rock song of 2008. Over the past decade SIXX:A.M. has become a full-fledged global rock powerhouse, releasing four additional albums, multiple Top 5 hits and playing the biggest festivals and arenas around the world.
THE HEROIN DIARIES: Ten Year Anniversary Edition by Nikki Sixx is out October 24th via Gallery Books / Simon & Schuster featuring a new cover, never-before-seen photos and exclusive brand new chapters.
THE HEROIN DIARIES: 10th Anniversary Edition Soundtrack by SIXX:A.M. will be released October 27th via Eleven Seven Music as a digital album, CD, and CD/DVD. A limited edition vinyl package will also come later this year. All music configurations feature new artwork, personal notes from the band and include 3 newly re-imagined tracks: “Life Is Beautiful 2017”, “Accidents Can Happen 2017”, and Girl With Golden Eyes 2017”.
Check out the new version of  ‘Life Is Beautiful’ below: