No Time Out for Hackett 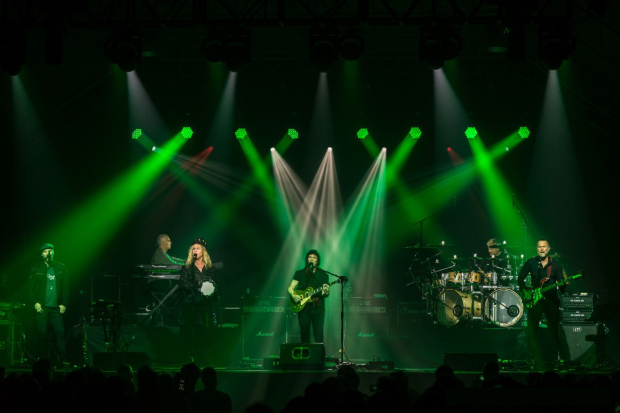 Following his most successful solo tour yet, where he over 30 thousand tickets in the UK, Steve Hackett has announced that his 2020/21 World Tour will feature the whole of the 1977 Genesis live album Seconds Out in full, plus more!

Seconds Out was the hugely successful double album recorded on Genesis’ 1977 concert tour together with ‘The Cinema Show’, from their 1976 tour, and featured Steve Hackett on guitar alongside Mike Rutherford, Tony Banks and Phil Collins who had taken on the role of vocalist following the departure of Peter Gabriel, with Bill Bruford (Yes) and Chester Thompson (Weather Report) appearing on drums.

That tour included music from each of the six studio albums from Hackett’s time in Genesis and marked his final recordings with the band as he left to pursue his solo career upon its completion.

His solo career, now spans more than 30 albums, demonstrating his extraordinary versatility with both electric and acoustic guitar, with a brief aside playing alongside Steve Howe (Yes) in the supergroup GTR. In 2010 he was inducted into the Rock Hall Of Fame.

The Seconds Out + More! Tour will visit some of the venues Genesis played on that 1977 tour. There will also be additional material, including Steve’s solo concert favourite ‘The Steppes’ to celebrate the 40th birthday of his fourth solo album Defector.

Steve Hackett said: “I’m thrilled to bring Seconds Out back to life, featuring Genesis material at its most exciting and virtuosic, this time with all numbers played in full plus additional surprises!”

Tickets for Steve Hackett’s Seconds Out + More Tour are on sale here and individual venue box offices – Some of them being the same ones he played with Genesis back in 1977! 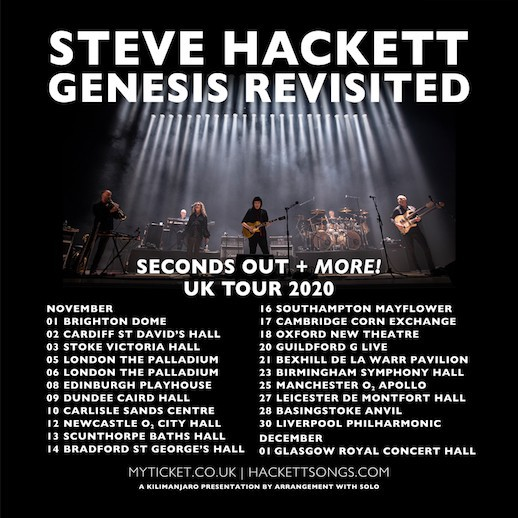