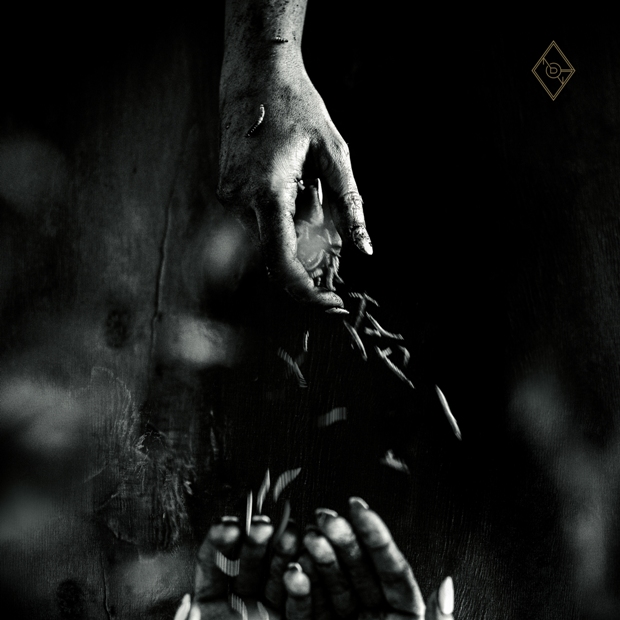 “The concept of Głód (Famine) was inspired by some ritual practises from the territory of Poland, especially Warmia,” according to guitarist, vocalist and lyricist Klimorh. “The practises survived in spoken folklore until today. They can also be found in files from trials against the use of black magic.

“The people used to make sacrifices at the end of the Winter. To wake up the sun. For the nature to be reborn. Yet one year, she, led by vengeance and hatred, reversed the ritual. She put a hunger-spell on the soil of all fields. She enchanted sowing with dead crops. Put a thirst-spell on the waters of all rivers. From dead earth, she drank the thirst. From her mouth full of not-water, rains returned to the sky. And so, she sowed famine.”

Tracks featured are ’Siew‘, ‘Po Jałowej Ziemi’, ‘Diabeł Posiał Głód’, ‘Głód’, ‘Do Ołtarzy W Piekle’, ‘Czarci Most’ and ‘Plon’ and the record will be available digitally, as a digi-pack CD with 16 page booklet, limited edition transparent vinyl and regular black vinyl. You can pre-order it by clicking here.