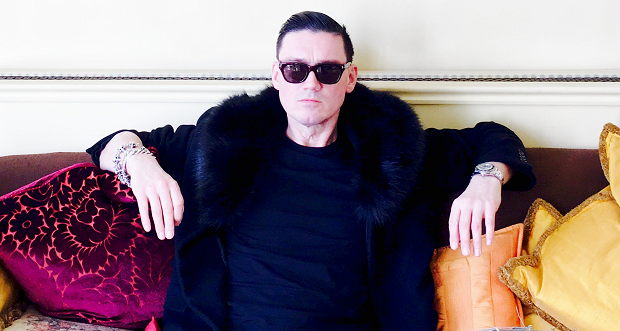 May 2017 saw the release of Swine & Punishment. A companion remix album to The Gospel, its contents were reworked by Mortiis, Chris Vrenna, Oumi Kapila, Skold, Marc Heal, Kanga and more.

This was followed by an EP entitled Prey & Obey, now PIG are back with a brand new album, ‘RISEN.

‘RISEN’  is set for release on the 8th of June on metropolis records, the track ‘Morphine Machine’ features guest vocals from none other than Tim Skold (Marilyn Manson, KMFDM, Motionless In White), while other collaborators include Ben Christo (The Sisters Of Mercy, Diamond Black), Z.Marr (Combichrist), En Esch (KMFDM) and Oumi Kapila (Filter). Raymond Watts says that: ‘Risen’ is The Revelation designed for the digital age, the sound of PIG squealing on the spit to your inner sinner….all shine, no shame and no shit.

Check out this useful video below…