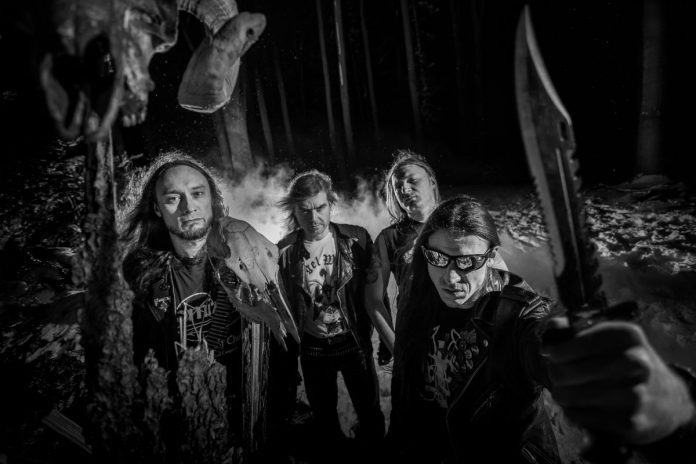 After four years of studio inactivity and a year-long live hiatus, Ragehammer return, and with the same line-up, to once again spit with scorn on what they perceive to be a trend-ridden scene, where aesthetics have taken over ethics. And this time they charge Into Certain Death…

Into Certain Death consists of 10 slabs of sonic violence with variable pain levels in the characteristic of sincere and brutal blackened thrash metal style.

The new album will be released on 18th September through Pagan Records in digital, CD and LP formats.

Formed in 2011 in Kraków, Poland, Ragehammer was inspired by bands like Gods from Venom, Sodom, Bathory and Impaled Nazarene. They debuted with the first demo War Hawks (Mythrone Promotion, 2012), and through the full-length debut album The Hammer Doctrine (Pagan Records, 2016), they played pubs, clubs and support slots delivering a raw, warlike black/thrash metal, without compromise.

For more on Ragehammer check out Bandcamp.